Voters in an Oregon county imposed a ban on commercial water bottling on Tuesday, killing a plan in which Nestle would have built a water-bottling plant in the job-scarce town of Cascade Locks in the scenic Columbia River Gorge. 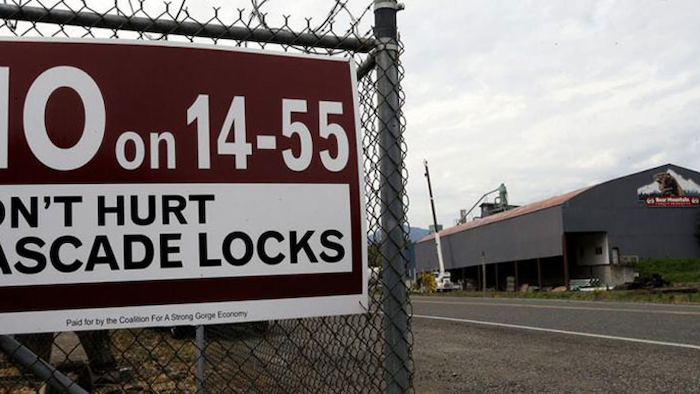 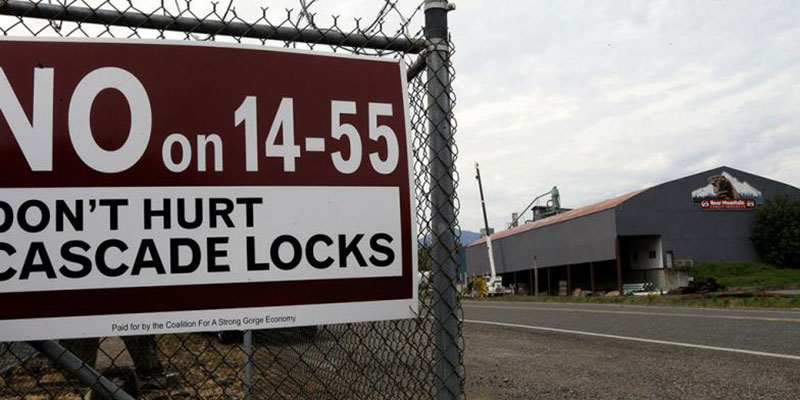 PORTLAND, Ore. (AP) — Voters in an Oregon county imposed a ban on commercial water bottling on Tuesday, killing a plan in which Nestle would have built a water-bottling plant in the job-scarce town of Cascade Locks in the scenic Columbia River Gorge.

Those who supported Measure 14-55, which sought the ban on the production and transport of bottled water, had expressed concern about water scarcity and losing the character of the community.

Town officials had wanted the project for the hundreds of thousands of dollars in revenue and jobs it could have brought to a town with 19 percent unemployment.

Dave Palais of Nestle Waters North America, who had a small office in the town with placards trumpeting the benefits the project could have brought, said the company is disappointed with the result.

The proposal had split Cascade Locks, named for navigational locks on the Columbia River that became mostly submerged when a dam was built downriver eight decades ago, dealing the town an economic blow. Blue signs opposing the project and red ones in favor were erected in the town of 1,200 that still clings to existence within sight of the Bridge of the Gods, connecting Oregon with Washington state.

In a statement, Palais noted that some voters of Cascade Locks had spoken out in opposition to the measure. Some residents who wanted the plant built in this rainy section of the county had been unhappy that voters in drought-prone sections were helping decide the town's future.

"While we firmly believe this decision on a county primary ballot is not in the best interest of Cascade Locks, we respect the democratic process," Palais said.

The measure was one of the hottest disputes in Oregon's primary. The Swiss transnational company's plan has drawn opposition from orchard owners, Native American tribes, some residents and others.

Farm and orchard owners said water bottlers would compete with the needs of the growing population of the town of Hood River, the county seat, and its shrinking water supply. But Gordon Zimmerman, city manager of Cascade Locks, said his town has water to spare. Nestle had hoped to use 118 million gallons of spring water per year by 2020.

The company would have paid Cascade Locks an undetermined amount for the water. The town would first have had to swap well water for spring water with the Oregon Department of Fish and Wildlife. The department, which uses the spring-fed Little Herman Creek for its Oxbow Hatchery, had agreed to trade.

The city was then going to sell its new share of spring water to Nestle for its Arrowhead bottled water, branded as sourced from mountain springs.

Studies by the fish and wildlife department and one commissioned by Nestle say hatchery fish and wild salmon wouldn't be affected.

Opponents had also objected to trucks making 200 trips a day to and from the plant. And Native Americans cited global warming, salmon die-offs and water conservation as reasons to reject the bottling plant.