Eight months ago, the ruptured pipeline created the largest coastal oil spill in California in 25 years. 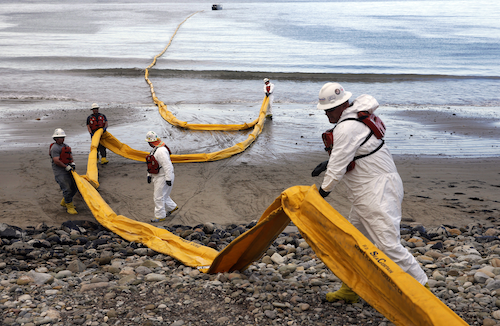 Exxon Mobil Corp. won approval Monday for its plan to use trucks to move more than 17 million gallons of oil stranded in storage tanks after a California pipeline break in May.

The approval came despite concerns from an environmental group that highway safety could be jeopardized.

The Santa Barbara County Planning and Development Department endorsed the proposal, which lets the company run up to 30 truck trips a day for as long as six months to move the marooned crude to pumping stations.

Eight months ago, the ruptured pipeline created the largest coastal oil spill in California in 25 years, fouling beaches near Santa Barbara and spreading goo as far as 100 miles.

The pipeline is shut indefinitely.

In a statement, the county said moving the oil from the tanks west of Santa Barbara would decrease the potential risks posed by long-term storage, since the pipeline is expected to be inoperable for a prolonged period.

Without the line, the tanks cannot be emptied quickly in a wildfire, earthquake or other emergency, raising the risk of an accidental release of oil to the environment.

The trucking is expected to begin within three weeks, taking the oil from the tanks to oil pumping stations in Santa Barbara and Kern counties. The company said it will continue to coordinate with local officials as it prepares to remove the stored oil. 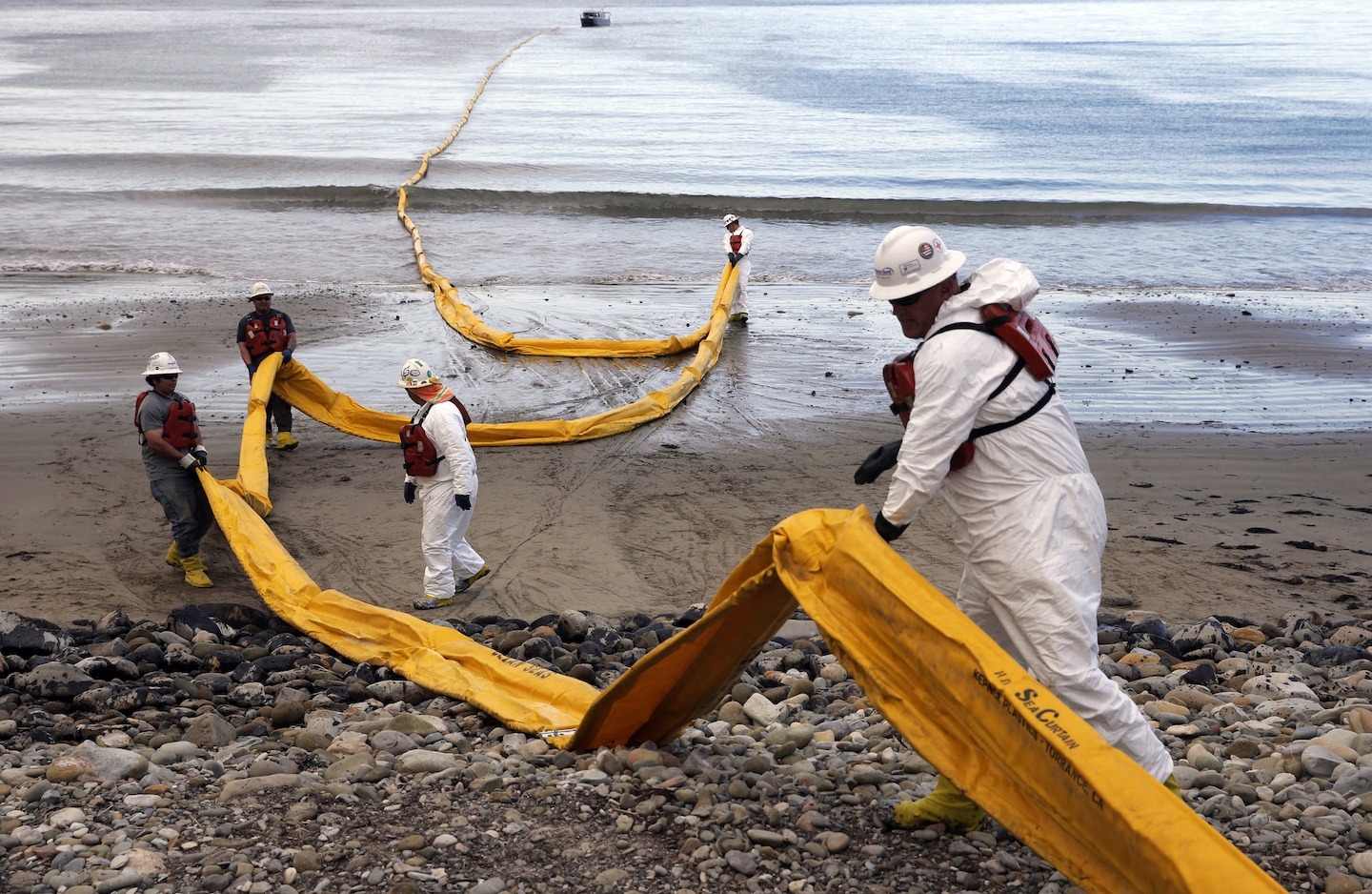 For years, Santa Barbara County has frowned on producers transporting crude by truck, instead preferring pipelines. Kristen Monsell, an attorney with the Center for Biological Diversity, called the decision on Monday a "dangerous exception."

The county's ruling puts people and the environment at risk of "fiery accidents or another devastating oil spill," she said in an email.

On May 19, a 6-inch breach along a corroded section of pipeline owned by Texas-based Plains All American Pipeline caused thousands of gallons of oil to spill onto the beach while creating an ocean slick that spread for miles along the coast.

The company has been criticized for taking about 90 minutes to alert federal responders after confirming the spill. Prosecutors are investigating the leak for any possible violations of law.

Federal investigators have not determined the cause, but preliminary information suggests corrosion was the culprit.

The cleanup is complete, although investigations and monitoring of the spill area continue. State and federal officials are in the early stages of a comprehensive study of damage, which includes assessing harm to seabirds, fish and the habitat. 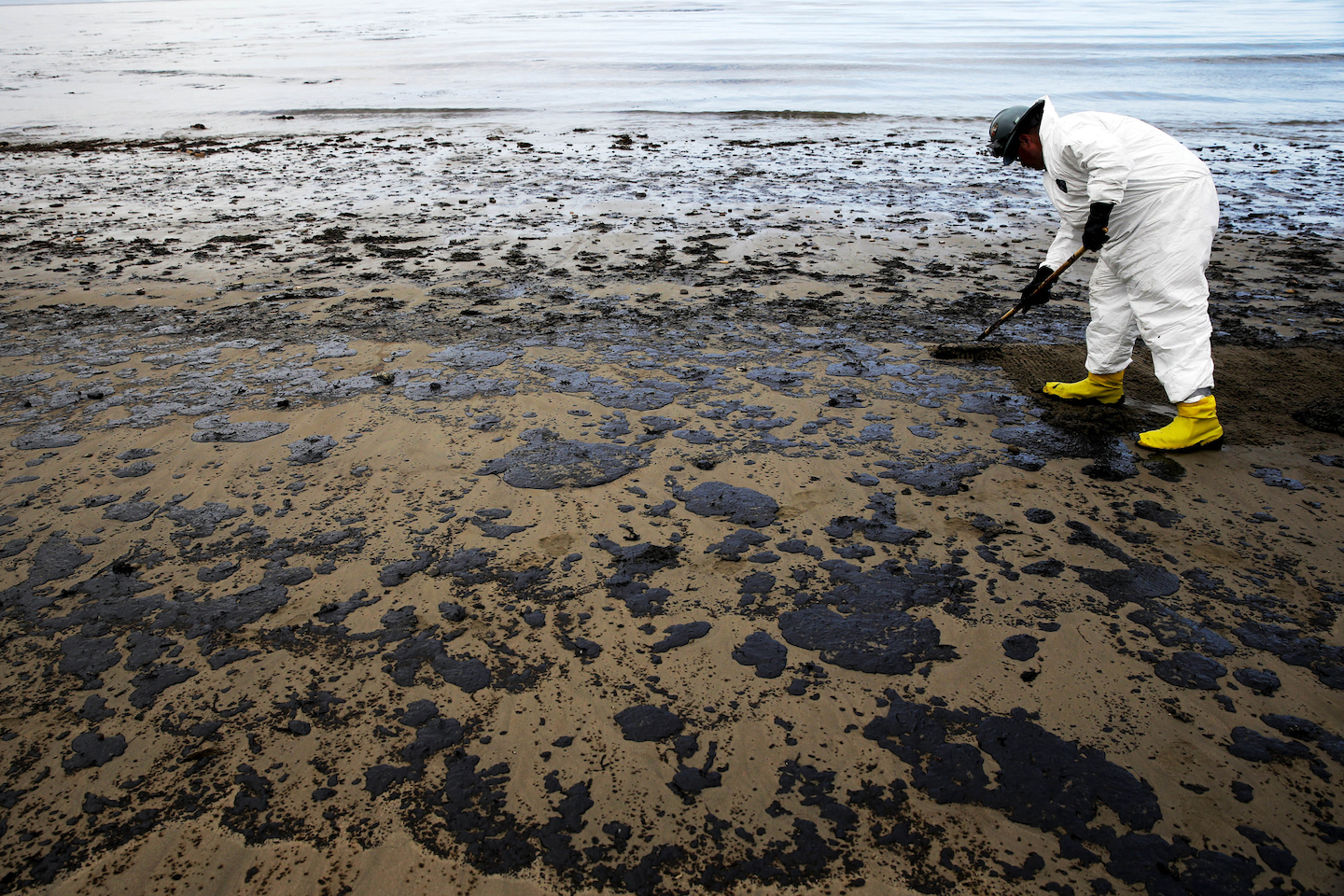 Calculations tentatively pegged the maximum amount of the spill at 126,000 gallons, according to company filings with federal regulators.

Plains pipeline has estimated total costs from the break at $257 million, which would include cleanup, any third-party claim settlements, estimates for fines and legal fees and other costs. The company has said that bill will be offset by an estimated $192 million in insurance.

Exxon Mobil, in its application for a trucking permit, warned that leaving the oil in tanks indefinitely posed risks to property, the environment or public services.

Opinion was divided among environmentalists.

"The risks of leaving the oil in the tanks clearly outweighs any concerns about the trucks," she said in an email.