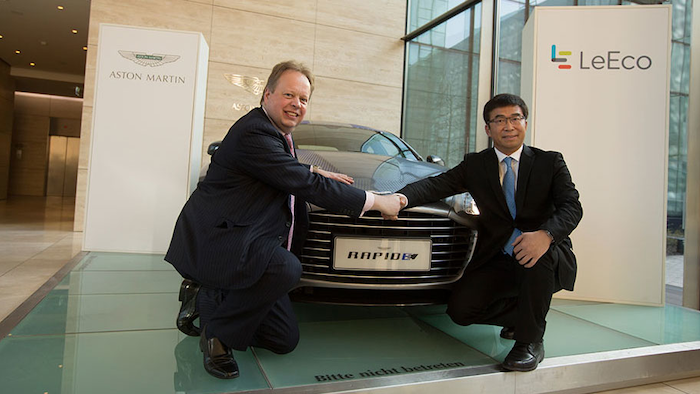 Officials from Aston Martin and LeEco — the Chinese firm formerly known as LeTV that backs Faraday Future — signed the memorandum of understanding this week in Germany.

The automakers hope to produce Aston Martin's RapidE electric vehicle prototype for commercial sale beginning in 2018, and the agreement could result in additional connected electric vehicles in subsequent years.

"We have been encouraged by the project speed and technical depth shown by LeTV in the development of the RapidE concept towards full production," said Aston Martin CEO Andy Palmer. "Bringing the RapidE to market by 2018 is an important milestone for both companies."

LeEco officials eventually aim to introduce electric cars with "premium qualities and delicate arts and crafts as good as those of Aston Martin."

Faraday Future plans to construct a $1 billion factory in North Las Vegas — with the help of $335 million in state incentives — and introduced its first prototype car earlier this year.

Industry analysts questioned whether the deal would pay off for Aston Martin.