A recent study by the Insurance Institute for Highway Safety (IIHS), which looked at large-sales volume vehicles between the 2008 and 2011 model years, indicates that small, cheap cars are the most risky in a serious accident. 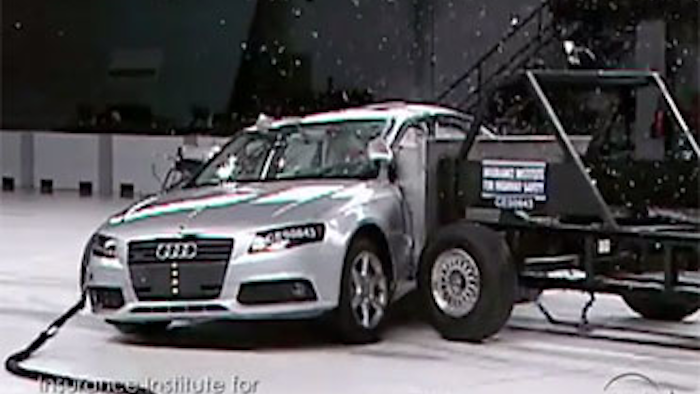 A recent study by the Insurance Institute for Highway Safety (IIHS), which looked at large-sales volume vehicles between the 2008 and 2011 model years, indicates that small, cheap cars are the most risky in a serious accident.

In a USA TODAY article, IIHS spokesman Russ Rader clarifies that cost wasn't a big factor. "The highest death rates are in the smallest, lightest vehicles," he says, once again showing that greater mass makes a difference in the physics of a crash. "It's Packaging 101: If the occupant compartment stays intact, the seat belts and air bags can do their jobs."

Take a look at this report from CBS News on the IIHS safety test:

Here's the list of models with the highest death rates. Numbers represent driver deaths per 1 million over the years studied, from 2009 to 2012: