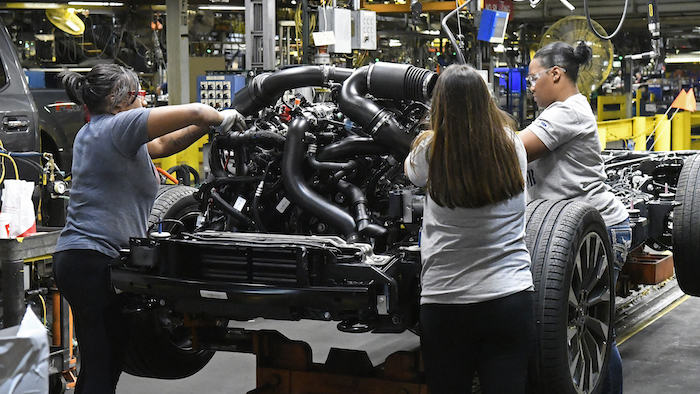 The Institute for Supply Management, a trade group of purchasing managers, reported Thursday that its manufacturing index dipped to 59.1 in January from a revised 59.3 in December. But any reading above 50 signals growth, and U.S. factories have been expanding for 17 straight months.

Overall, American industry remains strong, thanks in large part to a pickup in global economic growth and a weakening dollar, which makes U.S. products less costly in foreign markets.

The American economy as a whole appears to be generally healthy. Economic growth clocked in last year at 2.3 percent, up from 1.5 percent in 2016. Unemployment has dropped to a 17-year low 4.1 percent.