Flood Board Appeals Dismissal of Suit Against Oil Companies

A lawyer for a flood protection agency tried Monday to revive a closely-watched lawsuit alleging oil and natural gas companies are responsible for destroying Louisiana's coast, telling an appeals court that a federal judge wrongly dismissed the case a year ago. 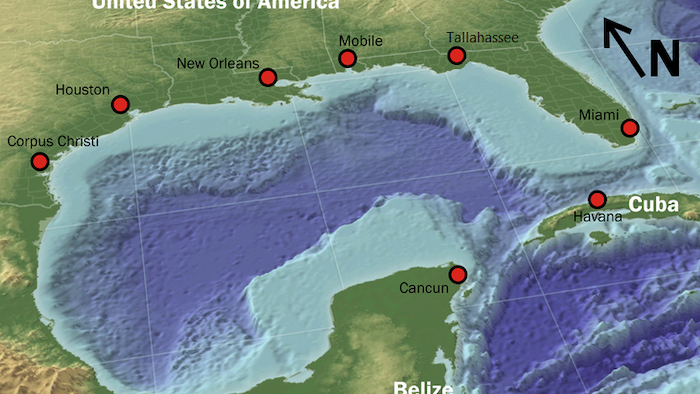 NEW ORLEANS (AP) — A lawyer for a flood protection agency tried Monday to revive a closely-watched lawsuit alleging oil and natural gas companies are responsible for destroying Louisiana's coast, telling an appeals court that a federal judge wrongly dismissed the case a year ago.

The hearing before a three-judge panel of the 5th U.S. Circuit Court of Appeals centered on whether the case belonged in federal or state court.

The ruling by Brown was a major blow to the board's efforts to hold oil and gas companies responsible for coastal land loss caused by decades of drilling. The board argued those activities raised the risk of flooding.

The lawsuit was originally filed in state court in 2013 but the oil companies succeeded in getting it moved to federal court. The suit deals with the permits under which the energy companies operated and arcane law and court precedents governing drainage and the rights and obligations of landowners

James Swanson, a lawyer for the flood board, told the appeals panel that Brown made "fundamental errors" and was wrong to dismiss the suit. He asked that it be sent back to state court.

"Clearly, we can get all the way home on Louisiana regulations," Swanson said.

Martin Stern, a lawyer for the oil companies, countered that the board's suit raises federal issues and "is pleading nothing but federal law."

Swanson countered that similar suits against oil and gas companies filed by local governments — called parishes in Louisiana — were kept in state court and that this suit belongs there too.

Stern disagreed, saying this suit was broader in scope while the other suits were narrowly focused.

"This case is unique in its breadth and its implications," he said.

The appellate judges gave little indication how they might vote and took the matter under advisement.

The lawsuit has been contentious and drew the ire of most of the state's political leaders.

Louisiana has a long history of embracing the oil and gas industry, but after Hurricane Katrina in 2005 there were more efforts to hold the industry responsible for damage it caused by dredging thousands of miles of canals and other activities.