The nation's boom in cheap natural gas — often viewed as a clean energy source — is spawning a wave of petrochemical plants that, if built, will emit massive amounts of greenhouse gases, an environmental watchdog group warned in a report Monday. 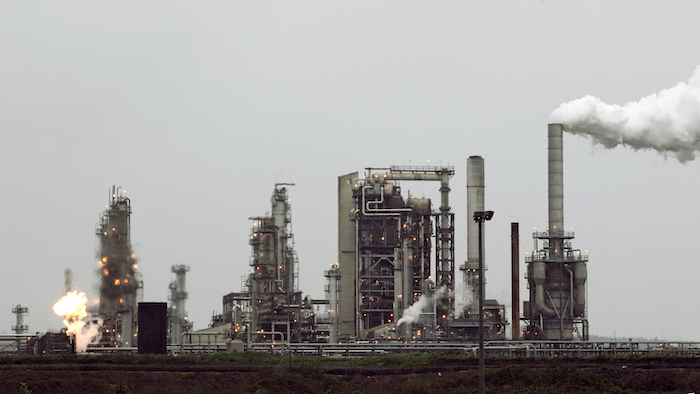 NEW ORLEANS (AP) — The nation's boom in cheap natural gas — often viewed as a clean energy source — is spawning a wave of petrochemical plants that, if built, will emit massive amounts of greenhouse gases, an environmental watchdog group warned in a report Monday.

The Washington-based Environmental Integrity Project said hydraulic fracturing of shale rock formations and other advances, such as horizontal drilling, have made natural gas cheap and plentiful — so plentiful that the United States has begun exporting gas.

The watchdog nonprofit, which says its mission is to hold polluters accountable and champion environmental laws, is led by Eric Schaeffer, former director of the U.S. Environmental Protection Agency's Office of Civil Enforcement.

Thanks to this energy boom, the group calculated that if 44 large-scale petrochemical developments proposed or permitted in 2015 were built they would spew as much pollution as 19 new coal-fired power plants would.

The report said all these projects potentially could pump about 86 million tons of greenhouse gases into the atmosphere each year. That would be an increase of 16 percent for the industry's emissions in 2014, the report found.

Natural gas is a prime ingredient in ammonia, a basic element in fertilizers. The report said cheap natural gas has been a "game changer" in sparking domestic fertilizer production. When domestic gas supplies were low, farmers bought much of their fertilizer from overseas, the report said.

Similarly, the report said natural gas is important for chemical manufacturers of plastics and other products.

Seven refinery projects were included because shale oil extraction has surged along with fracking, the group said.

A bulk of these projects is in Louisiana, where 20 of the 44 projects were found. In recent years, Louisiana has embraced a slew of new facilities. The state has long welcomed the oil and gas industry.

The Environmental Integrity Project said this potential load of pollution needs to be considered in efforts to curb greenhouse gases.

"The numbers are far too large to ignore," the report said.

The report acknowledged natural gas developments have been a benefit to the U.S. economy and that natural gas is cleaner than coal.

But Schaeffer said a balance needs to be struck as the nation moves away from coal and embraces natural gas.

"If you're pushing one drawer in while another drawer is opening, you need to be thinking about how you can get the other drawer to push back in, or at least slow it down," Schaeffer said.