The plan would also focus its U.S. operations on more profitable SUVs and pickups — and move a large component of the company's car production to Mexico. 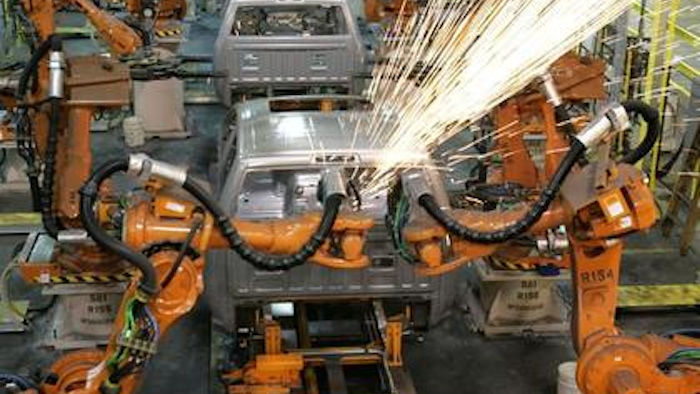 The tentative contract between the United Auto Workers union and Fiat Chrysler would see the automaker invest more than $5 billion in its U.S. plants.

But the plan would also focus its U.S. operations on more profitable SUVs and pickups — and move a large component of the company's car production to Mexico.

The Detroit Free Press reports that the proposed agreement would shift production of at least six cars and trucks involving thousands of workers.

The Ram 1500 pickup — FCA's most popular vehicle — would move from Sterling Heights, Michigan, to the nearby Warren Truck plant.

Another popular vehicle, the Jeep Cherokee SUV, would shift from Toledo, Ohio, to Belvidere, Illinois, and allow the Toledo plant to increase its production of the Jeep Wrangler.

By contrast, the mid-size Chrysler 200 and compact Dodge Dart would move to Toluca, Mexico from Sterling Heights and Belvidere, respectively. A new Jeep crossover would also be produced in Mexico to replace the discontinued Compass and Patriot, which are currently built in Belvidere.

"It makes sense to build less profitable vehicles in Mexico and more profitable ones in the U.S.," industry analyst Haig Stoddard told the Free Press. "With the trend to consumers buying crossovers, demand for the 200 and the Dart will be flat at best going forward."

The disruption, however, could complicate an upcoming vote by 40,000 FCA union workers to ratify the contract proposal.

In addition to radically shifting their production work, the contract reportedly also wouldn't entirely close a pay gap between new and veteran workers — a key sticking point for UAW officials at the outset of talks.