Raw sprouts are linked to dozens of cases of food poisoning — again. The Centers for Disease Control and Prevention says 63 people from 10 states concentrated on the East Coast fell ill with salmonella linked to bean sprouts from a supplier in New... 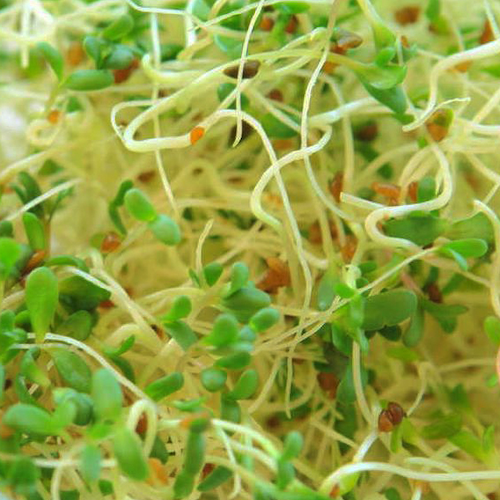 Raw sprouts are linked to dozens of cases of food poisoning — again.

The Centers for Disease Control and Prevention says 63 people from 10 states concentrated on the East Coast fell ill with salmonella linked to bean sprouts from a supplier in New York City. The CDC says the supplier, Wonton Foods Inc. of Brooklyn, has agreed to stop production for now.

Raw sprouts are a frequent culprit in foodborne illness because of the moist, warm conditions in which they are grown; there have been more than 30 outbreaks associated with different types of raw and lightly cooked sprouts since the mid-1990s. Federal regulators have warned against eating them at all, advising consumers to always cook them thoroughly and to ask that raw sprouts be left off their plate at restaurants.

The CDC said that 78 percent of those interviewed in the current outbreak reported eating bean sprouts or items containing bean sprouts in the week before they became sick. The CDC and Food and Drug Administration found that Wonton Foods was a supplier to many of the restaurants where those who became sick had eaten.

Wonton Foods "has verbally agreed to voluntarily stop the production and sale of their bean sprouts while they take steps to prevent Salmonella contamination," the CDC said.

A person answering the phone at Wonton Foods said the company had no comment and declined to give their name.

The illnesses were reported from the end of September to the beginning of November, according to the CDC. People were sickened in 10 states: Connecticut, Maine, Massachusetts, Montana, New Hampshire, New York, Ohio, Pennsylvania, Rhode Island, and Vermont. The one ill person from Montana likely became ill on a trip to the East Coast, the CDC said.

Salmonella illness usually develops 12 to 72 hours after infection and can cause diarrhea, fever and abdominal cramps. The illness lasts around 4 to 7 days, and most people recover without treatment.