An apparent settlement has been reached in the class action lawsuit against National Beef brought by workers at its Liberal, Kansas, meatpacking plant, according to a court filing Friday. A joint motion seeks court approval of the proposed deal affecting some 480 production employees... 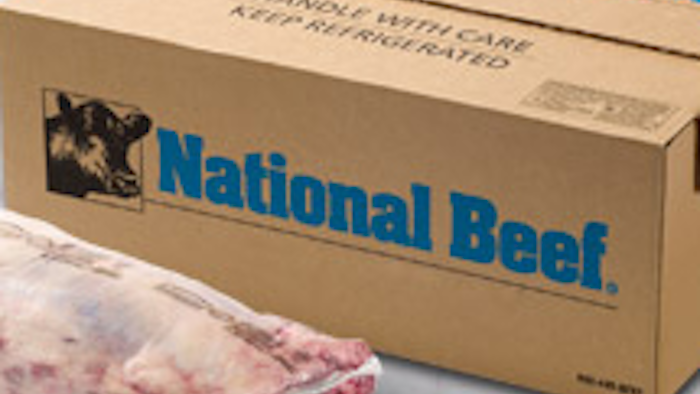 An apparent settlement has been reached in the class action lawsuit against National Beef brought by workers at its Liberal, Kansas, meatpacking plant, according to a court filing Friday.

A joint motion seeks court approval of the proposed deal affecting some 480 production employees who joined the litigation. Workers at the southwest Kansas plant are seeking unpaid wages and overtime.

National Beef has agreed to pay up to $350,000 to settle all claims without acknowledging any wrongdoing, court documents show.

At issue is payment to meat-processing workers based on what is known as gang time, which counts only the time the production line runs. The lawsuit claims employees have been systematically underpaid for the time it takes to take off and put on protective gear during unpaid meal breaks, walking to and from production lines, waiting in line for equipment, waiting in line to clean equipment and cleaning equipment.

National Beef spokesman Keith Welty said he was unaware of the settlement and had no immediate comment.

Under the proposed agreement, each worker's claim would be paid according to a formula that factors in the number of weeks each employee worked, among other things. The two named plaintiffs, Valente Sandoval Barbosa and Carolina Gaytan, would receive $3,500 each.

The National Beef lawsuit is the latest in a string of class action lawsuits brought by Kistler on behalf of workers against meatpacking plants and food processing companies.

In the past three years, Kistler said he has filed five similar cases against meat processing plants and three other food processing companies seeking unpaid wages and overtime for their employees. In nearly all his cases, the companies settled out of court, he said.