"3D printing is a translation of the digital to a physical reality and when done right offers true design freedom across every category." 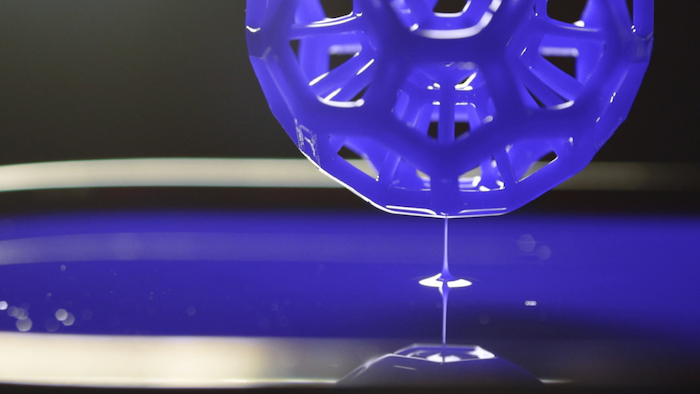 Twenty-five years ago, director James Cameron conjured up a liquid metal robot that could assume any form in seconds. But “Terminator 2” was just a movie. The M1 printer, on the other hand, is making that fantastical vision of near instantaneous, on-demand creation a reality.

Developed by Silicon Valley startup Carbon, M1 works by plunging a flat build plate into a liquid bath of resin. An ultraviolet LED projector below then flashes a two-dimensional image—a single layer of a 3D object—through the bath’s translucent container bottom and onto the plate.

The UV light causes the resin to harden at the build plate, which rises up as a continuous process deposits more material onto the growing object. Carbon calls this the Continuous Liquid Interface Production (CLIP) process.

A video of the technology at work has caught fire on internet, and a number of big-name backers have taken notice. The most recent investors include GE, BMW Group, Nikon and JSR Corp. They have chipped in more than $81 million to extend the company’s Series C funding, bringing total outside investment up to $222 million so far.

“3D printing is a translation of the digital to a physical reality and when done right offers true design freedom across every category,” said Joseph DeSimone, Carbon 3D’s CEO and cofounder. “At launch we set forth a bold vision to fundamentally change how the world makes ‘things.’ We have been working to deliver on that vision for the U.S. market, and are ready to step onto the global stage.”

The industry titans are putting money into the venture because they believe it can open new doors for the technology. “The current 3D printing market, with the exception of very few, is a prototyping market,” said Nobu Koshiba, president of JSR. “Carbon approached the challenge, and potential, of 3D printing from a very different perspective. With its M1 and CLIP technologies, Carbon has introduced a solution that will truly revolutionize manufacturing.”

Regular 3D printers that lay down hot plastic or sinter metal powder onto the growing shape take at least a couple of hours to do the same build. DeSimone said his process is already up to 100 times faster than those machines and could get up to 1,000 times faster.

Perhaps more important, investors are being wowed by the continuous process’s mechanical properties. The M1’s translucent container bottom isn’t just permeable to light; it also lets oxygen in. These two ingredients allow for a new photochemistry that imparts engineering-grade properties such as uniformity throughout the material as well as strength, elasticity or vibration absorbency. These characteristics let engineers build complex objects with materials like those they could produce with plastic injection molding, bringing the 3D printing process much closer to rapid parts production.

Carbon says its technology is already being used to make finished automotive, medical, apparel and consumer electronics parts. “If you actually make a part that has the properties to be a final part, and you do it at game-changing speeds, you can actually transform manufacturing,” DeSimone said during a 2015 TED Talk. 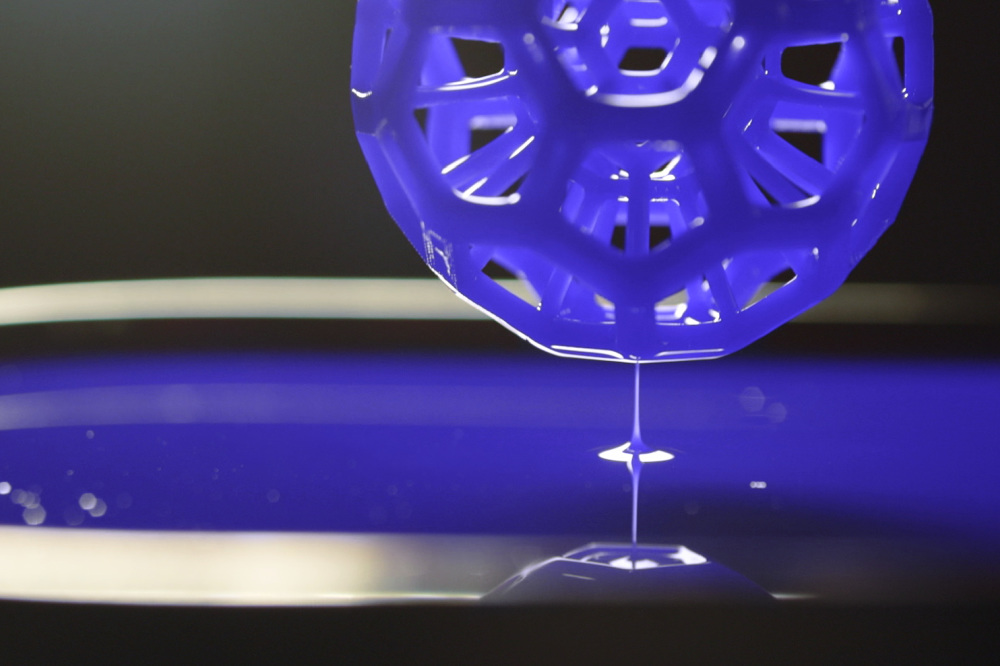 Materials are at the center of Carbon 3D’s CLIP process. The company currently offers five different resins, each with special attributes. A rigid polyurethane is tough and stiff. A flexible polyurethane is also tough while also being resistant to impact and abrasion. A third polyurethane is elastic and can stretch and bend before returning to its manufactured shape. A cyanate ester is strong and resists high temperatures. Another resin is for general prototyping. Meanwhile, materials scientists and chemists at Carbon and at investor companies are working to expand the portfolio.

Steve Taub, the senior director of advanced manufacturing at GE Ventures, who has been in discussions with Carbon for more than two years, says his group invested in the company because they think the technology could be valuable and also because they see that the startup is pushing to innovate the additive manufacturing business model.

Taub said employees inside GE, like other manufacturers trying to wrap their head around Carbon 3D’s fast additive manufacturing process, are now trying to figure out where in the company the technology will fit best. In his TED Talk, DeSimone showed how the M1 and CLIP could improve everything from wind turbine construction to aircraft manufacturing and on-demand surgical implants.

“Carbon 3D’s machines can accelerate time to market for us, and they could give us more design freedom,” Taub said. “There is a lot of interest in using their technology within GE, and being an investor gives you access to them in a way being a customer doesn’t.”