A key House committee endorsed a bill Thursday to lift the four-decade-old ban on crude oil exports, setting up a likely vote by the full House on a bill President Barack Obama opposes. 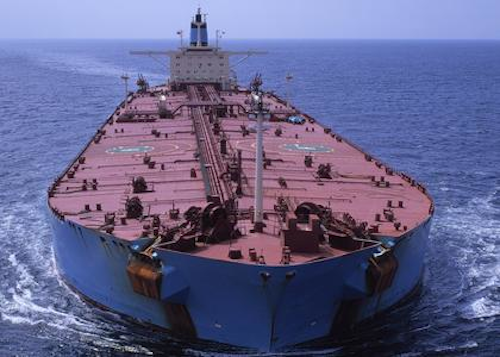 WASHINGTON (AP) — A key House committee endorsed a bill Thursday to lift the four-decade-old ban on crude oil exports, setting up a likely vote by the full House on a bill President Barack Obama opposes.

The House Energy and Commerce Committee approved the legislation, 31-19, with three Democrats joining 28 Republicans to back the bill.

The White House opposes the bill, arguing that a decision on whether to end the ban should be made by the Commerce Department, not Congress.

Lawmakers who support the bill say an ongoing boom in oil and gas drilling has made the 1970s-era restrictions obsolete.

"Numerous studies, including those from the Congressional Budget Office, Government Accountability Office and Energy Information Administration, all conclude that (allowing) oil exports would be a net jobs creator," said Fred Upton, R-Mich., chairman of the energy panel.

Opponents said lifting the ban would benefit big oil companies at the expense of U.S. consumers and even national security. The United States still imports about 25 percent of oil used by businesses and consumers, a figure that could rise if some U.S. oil is diverted to international markets, said Rep. Anna Eshoo, D-Calif.

Under a best-case scenario, allowing U.S. exports would reduce gas prices by about 2 cents a gallon, Eshoo said, a small benefit for consumers but a major windfall for oil companies.

House Majority Leader Kevin McCarthy, R-Calif., has said the House could vote on the export ban by the end of the month.

"If there was ever a time to lift the oil export ban, it's now," McCarthy said this week in a speech to a Houston business group. "Lifting the oil export ban will not only help our economy, it will also bolster our geopolitical standing."

Senate Majority Leader Mitch McConnell, R-Ky., also supports lifting the ban. He told the Business Roundtable this week that it was time to get rid of "a relic of the '70s — the oil export ban."

McConnell noted that a proposed nuclear deal with Iran would allow that country to export its oil. "Why not us?" he added.

White House press secretary Josh Earnest accused Republicans of trying to "cozy up to oil interests" by pursuing policies that benefit the oil and gas industry. He urged Republicans to support efforts to eliminate subsidies for oil and gas companies and back investments in wind and solar power and other renewable energy.

The Independent Petroleum Association of America, an industry group, welcomed the committee's passage of the bill.

"The 40-year-old ban acts only to prevent American companies from competing on an equal playing field in the very global market that sets the prices driving their business," said Barry Russell, the association's president and CEO.

"Removing the ban does nothing but pad the pockets of oil executives and warm our climate," she said. Moffitt urged Congress to pass legislation to move the United States off fossil fuels, "not on bills that are bad for the climate, our workers, and our wallets."