There were allegations of Clean Air Act violations against Marathon at 10 facilities. 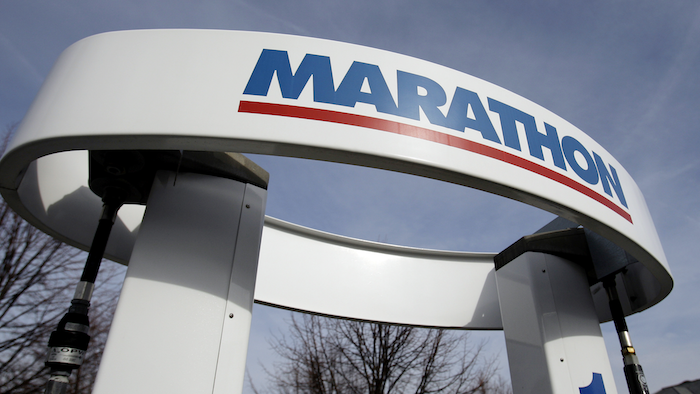 Marathon Petroleum Corp. will pay a fine of nearly $3 million and spend another $2.8 million on pollution controls at its distribution terminals in Indiana, Kentucky and Ohio, the U.S. Justice Department said Tuesday.

It is part of a settlement reached over allegations of Clean Air Act violations against Marathon at 10 facilities.

The federal government said Marathon failed to comply with some fuel quality emissions standards along with record keeping, sampling and testing requirements.

Marathon Petroleum, based in Findlay in northwest Ohio, said most of the alleged violations happened several years ago, and that it is taking steps to prevent them from happening again.

Most of the alleged violations were self-disclosed to the U.S. Environmental Protection Agency from 2007 to 2014, said Marathon spokesman Jamal Kheiry.

An agreement filed in U.S. District Court in Ohio said Marathon will make changes to reduce emissions on 14 fuel storage tanks at distribution terminals in Indiana, Kentucky and Ohio.

The Justice Department and EPA said Marathon produced 356 million gallons of reformulated gasoline at its Texas City, Texas, refinery in 2007 that fell below Clean Air Act standards and had another 40 million gallons at the refinery that had too much sulfur in 2009.

Marathon also was cited by the government for failing to comply with sampling, testing and reporting requirements for fuel production in 2008 and 2009, the government said.