A coal-burning industrial plant that a federal official called an "environmental outlaw" has agreed to pay $12 million to settle claims that it polluted the air and water with harmful chemicals. 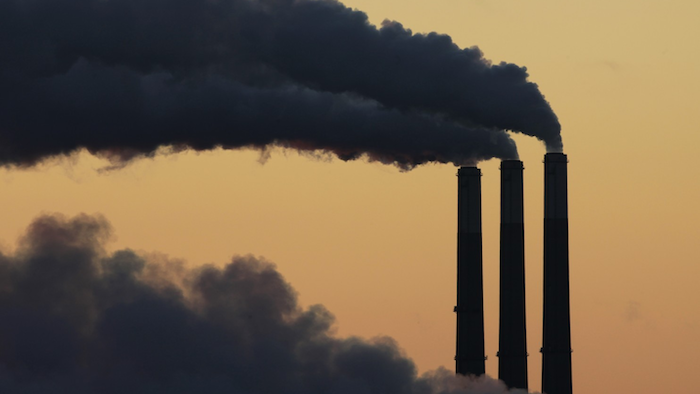 A coal-burning industrial plant that a federal official called an "environmental outlaw" has agreed to pay $12 million to settle claims that it polluted the air and water with harmful chemicals, authorities said Monday.

The agreement entered in U.S. District Court requires Tonawanda Coke Corp. to spend $7.9 million on pollution-reducing upgrades and to pay $2.75 million in civil penalties to the United States and New York state. The sum brings the total criminal and civil penalties that have been levied against the company in recent years to more than $42 million, authorities said.

"Tonawanda Coke has been an environmental outlaw for too long. Today's legal settlement will provide greater public health protections for the people of western New York," Judith Enck, the U.S. Environmental Protection Agency's regional administrator, said during a conference call with reporters.

Located along the Niagara River, Tonawanda Coke burns coal to produce coke, used in steelmaking. Last year, its former environmental manager was sentenced to a year in jail and the company was fined $12.5 million after being convicted of federal environmental crimes. As part of the sentence, a federal judge also ordered the company to spend up to $12.2 million on two environmental studies.

Tonawanda Coke said Monday that it has worked cooperatively with the government and has already started some of the capital projects included in the new agreement.

"TCC is committed to the community and looks forward to this new chapter in its nearly four-decade history as a significant employer and job creator in western New York," a company statement said.

Authorities initially were alerted to problems by the plant's neighbors, who in 2005 used buckets and plastic bags to collect air samples after becoming concerned that the ever-present dusting of black soot on their houses, cars and patio furniture was connected to their seemingly high rates of cancer and other illnesses.

He said the company did not admit to wrongdoing.

The settlement also includes $1.3 million for environmental projects, including wetlands preservation, near the plant.