It's been a rough start to 2015 for safety concerns at pipelines transporting oil, natural gas or their byproducts throughout the country. This week, a pipe in West Virginia became at least the fifth to rupture so far this year, exacerbating concerns about structural weaknesses and lax oversight in the... 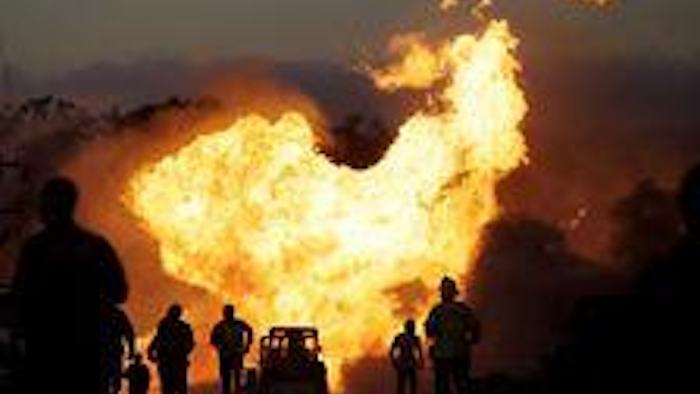 It's been a rough start to 2015 for safety concerns at pipelines transporting oil, natural gas or their byproducts throughout the country.

This week, a pipe in West Virginia became at least the fifth to rupture so far this year, exacerbating concerns about structural weaknesses and lax oversight in the industry.


On Monday, a section of pipeline transporting ethane from shale deposits in Pennsylvania exploded near the Ohio border in Brooke County, West Virginia. No injuries were reported, but the explosion registered minor damage to a nearby home and power lines, while the resulting fire burned for nearly five hours.


That explosion occurred just days after reports of a massive spill in western North Dakota, where 3 million gallons of brine — a mixture of salt, water and chemicals resulting from nearby fracking operations — leaked from a pipeline into two creeks.


The spill, first detected near the shale oil boomtown of Williston on Jan. 6, was the largest in the state since the controversial practice of hydraulic fracturing for oil and natural gas sparked an energy renaissance on the northern plains.


The previous week, a pipeline spill sent nearly 40,000 gallons of oil into the Yellowstone River, contaminating the water supply to nearby Glendive, Montana, and a natural gas pipeline exploded in central Mississippi, generating plumes of smoke large enough to be detected by National Weather Service radar.


The record North Dakota spill, meanwhile, followed a well explosion in early January that sent nearly 20,000 gallons of brine across a swath of land near Keene, across the Missouri River and to the east of Williston.


Causes for the recent rash of spills remain under investigation and will likely vary widely, but officials looking into the Montana spill found portions of the 1950s-era pipeline were exposed on the riverbed, in violation of federal rules that such pipes be buried.


A recent analysis by the National Transportation Safety Board also found gas companies failed to conduct inspections or tests that could have found weaknesses at sites of three high-profile explosions between 2009 and 2012, and that improvements are needed "to prevent catastrophic gas transmission line accidents from ever happening again."


And in North Dakota, utility regulators said oversight of the state's underground pipelines has been "very, very minimal" due to funding delays and problems hiring new inspectors.


The safety issues are playing out against the backdrop of the Keystone XL project, the final section of a pipeline that would run between Canadian oil sands and Gulf Coast refineries. The proposal has become emblematic of the battle in Washington between environmental groups and business interests.