Supporters of the Keystone XL pipeline say the project is a critically needed piece of infrastructure, while critics argue that it could be devastating to the environment. It is hard to tell who is right, but when forming an opinion everyone is entitled to the facts, so here are a few important fact checks on claims used by both sides of the argument. 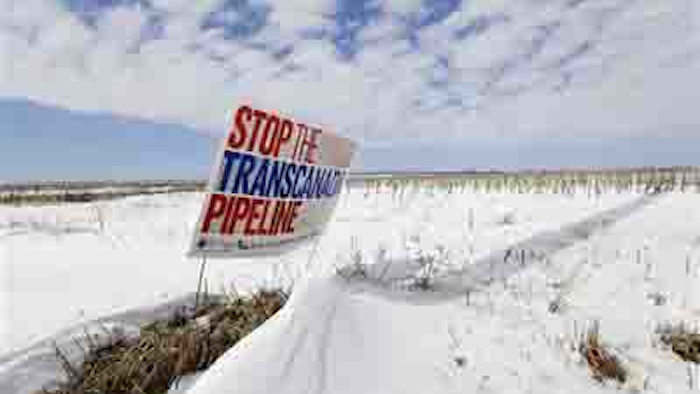 Washington — Supporters of the Keystone XL pipeline, which would run from Canada to the Gulf, say the privately funded, $8 billion project is a critically needed piece of infrastructure that will create thousands of jobs and make the U.S. dependent on oil from friends, rather than foes.

Critics claim it will disastrously increase the pollution blamed for global warming and put communities along its 1,179-mile route at risk for a damaging spill, all for oil and products that will be exported anyway.

A check of some of the claims about the pipeline as a bill approving it heads toward likely passage by the Republican-led Senate and a veto by President Barack Obama:

THE FACTS: Extracting oil from Canadian tar sands does require more energy — and results in 17 percent more greenhouse gas emissions from oil well to tailpipe than a traditional barrel of oil refined in the U.S. But a March 2013 analysis by the State Department concluded that the tar sands are likely to be developed regardless of whether the pipeline is approved. And it said shipping the oil by rail to existing oil pipelines or to oil tankers would release more greenhouse gases than shipping the oil via pipelines from Canada to Gulf Coast refineries.

CLAIM: Keystone is good for jobs.

THE FACTS: The State Department estimated that construction spending "would support a combined total of approximately 42,100 jobs throughout the United States for the up to two-year construction period." It added that not all the employment would be new, though. It said some of the jobs would be "continuity of existing jobs in current or new locations," a distinction often overlooked by the bill's supporters. Once the project opens, it would require "approximately 50 total employees in the United States: 35 permanent employees and 15 temporary contractors," the State Department estimated.

CLAIM: The oil — and product refined from it — will be exported, so the U.S. bears the environmental risk from the pipeline with little economic reward from the oil.

THE FACTS: Without lifting the decades-long export ban on crude, the oil that would be transported via the pipeline couldn't be exported. But the gasoline, diesel and other products made from the oil at Gulf Coast refineries could be shipped abroad, a trend that is already on the rise. In 2011, for the first time since 1949, the U.S. exported more products refined from oil than it imported. In 2012, these products were the single largest U.S. export.

A portion of the gasoline and diesel made from the oil transported down the Keystone XL pipeline will no doubt end up in the global marketplace. As new efficiency standards, coupled with increasing environmental awareness, start to reduce U.S. oil consumption, demand is rising abroad. But these exports still would confer some economic value to the U.S., including to the refiners that buy the oil and sell the product.

THE FACTS: Oil prices always have been volatile, and both the pipeline company and the oil refiners and producers using the pipeline expect prices to rise and plunge throughout the project's life. Refiners still want the oil, especially the type that the Keystone XL pipeline would provide. TransCanada stands to make more money from the project now than it did when it was first proposed, because most of the cost will be paid by its customers. And despite the fact that the U.S. is now the largest oil producer in the world, consumption still greatly outpaces production. Imports have been reduced, but in 2013, the U.S. still imported 2.8 billion barrels of oil. About 45 percent came from the Organization of the Petroleum Exporting Countries, which represents numerous countries in the Middle East.

Canada, without the pipeline, supplied the U.S. with 941 million barrels, making it the largest exporter of crude to the U.S. outside of OPEC.