Vroom: Famed Collection of Gas Signs, Pumps to be Auctioned

Collectors are flying in from around the United States and as far away as Germany and the Netherlands. 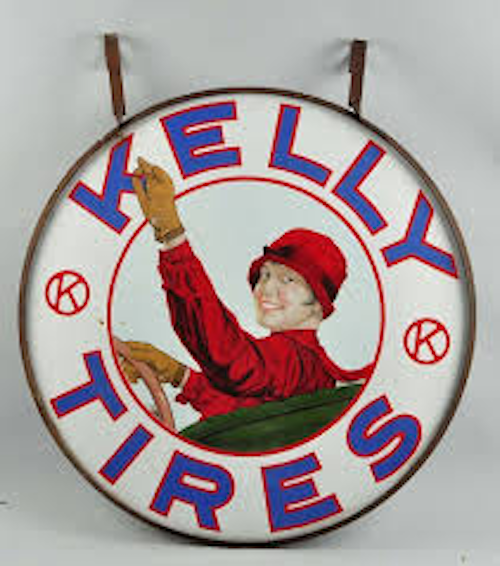 DENVER, Pa. (AP) — In the world of petroliana and automobilia, Kyle D. Moore's name carries a kind of mystique, his vast collection of vintage gasoline signs, gas-station pumps, gas globes, petroleum ads and other artifacts painstakingly amassed over 40 years and widely regarded as the best of its kind.

Most collectors assumed it would wind up in a museum. Instead, it's coming up for auction next week in Pennsylvania, generating enormous buzz within the hobby and predictions of a possible feeding frenzy as deep-pocketed collectors vie for the rarest, most highly sought-after items, including a 90-year-old porcelain Kelly Tires sign that could wind up fetching six figures.

"It's the most significant event our hobby has probably ever seen," said Wayne Henderson of Kernersville, North Carolina, a historian and publisher of Petroleum Collectibles Monthly.

Moore, a wealthy cable entrepreneur from Oklahoma who died last year, was known for picking only the best of the best for his collection. Its current owner, who bought it from Moore in 2006, is selling the entire trove of 2,000 petroleum-related advertising signs, 900 gas globes, 150 pumps and other treasures at a series of four auctions in Lancaster County, the first of which will be held Monday.

Collectors are flying in from around the United States and as far away as Germany and the Netherlands.

"Anybody that collects cars, they all want something for their garage wall. And these guys that are spending $1 million, $2 million, $3 million on early Ferraris or Bugattis or whatever, for them to spend $50,000 or $100,000 on a sign ... to put on that wall, it's nothing to those guys," said Dan Morphy of Morphy Auctions, which is handling the sale. "And these are all the guys that are coming in for this sale."

With interest so high, Morphy predicted a sign valued at $20,000 might wind up selling for twice that. The whole collection could bring a total of $20 million.

"Egos come into play," Morphy said. "It's an auctioneer's dream, because these guys are going to go head-to-head on these pieces they want to own."

At the auction house this week, shiny antique gas pumps stood cheek by jowl in a preview room while colorful, intricately detailed gas globes and signs occupied every inch of wall and shelf, and early iterations of the Michelin Man stood sentinel — all of it tracing America's early infatuation with the automobile.

Interest in petroleum and auto industry memorabilia has risen steadily along with values, according to Henderson.

Chris Hall, a collector and antiques dealer from nearby Ephrata, has a budget of $50,000 for Monday's sale. He's hoping some items will slip through the cracks so he can scoop them up at a relative bargain.