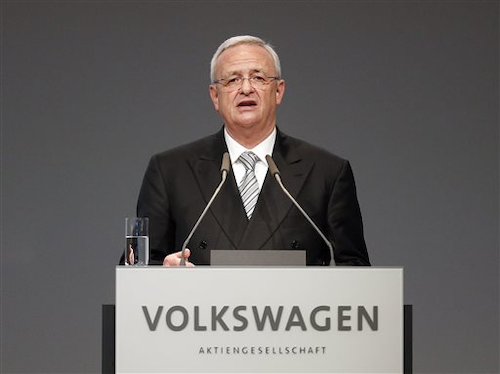 Martin Winterkorn said that although he was "not aware of any wrongdoing on my part," he accepted responsibility for the scandal and said that the company needs "a fresh start."