Officials say a leak from an old Colorado mine sent 4,500 gallons of orange water into a creek. 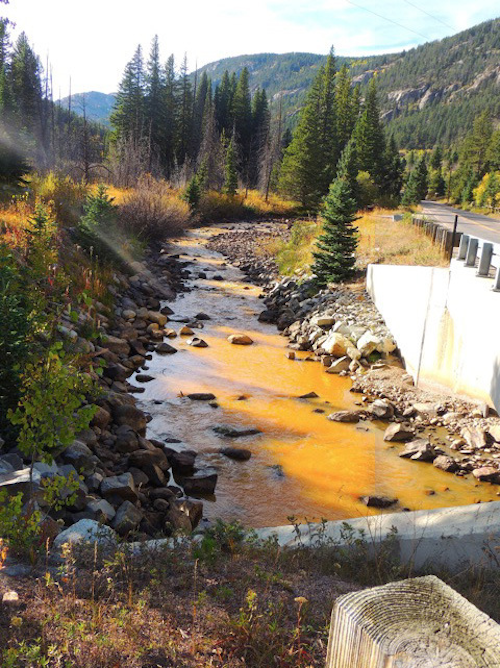 ELDORA, Colo. (AP) — Officials say a leak from an old Colorado mine sent 4,500 gallons of orange water into a creek.

They don't believe the spill in Eldora, which was spotted Monday, is toxic, but the Environmental Protection Agency says it's still waiting for results of tests for heavy metals.

EPA spokeswoman Lisa McClain-Vanderpool tells the Boulder Daily Camera newspaper that tests done Monday showed the pH balance of the water, which heavy metals would affect, appeared to be within normal ranges.

The spill, blamed on a leaky plug at the Swathmore Mine, temporarily shut down water-intake systems for Nederland, a foothills town close to the mine, and the downstream city of Boulder.

It comes a month after 3 million gallons of contaminated wastewater spilled from another Colorado mine, fouling rivers in three states.