More than 90 people, including primary school students, were sickened by a chemical leak from a Hong Kong ship in eastern Thailand on Thursday, authorities said. 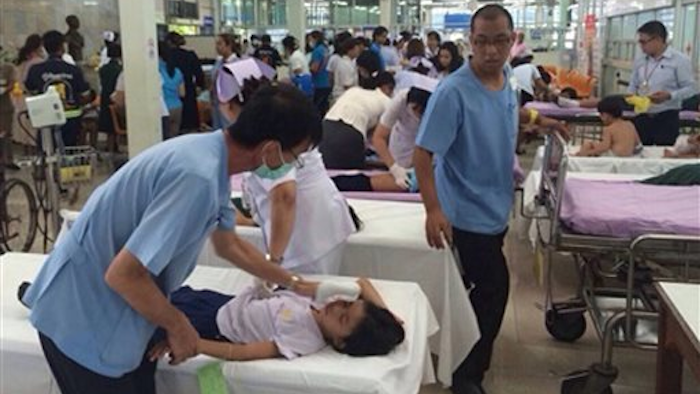 BANGKOK (AP) — More than 90 people, including primary school students, were sickened by a chemical leak from a Hong Kong ship in eastern Thailand on Thursday, authorities said.

The hazardous flammable liquids leaked out of containers on the ship that was anchored at a dock in Laem Chabang industrial seaport in Chonburi province, said provincial disaster prevention and mitigation office chief Surinrat Suksap.

She said 94 villagers and students in nearby areas were exposed to the chemicals that spread inland before they were evacuated. Most of them suffered irritation on their skin and some of them had difficulty breathing. They were treated at the hospitals.

Surinrat said the leak on the ship that was traveling from Jakarta, Indonesia, was sealed within a few hours. The chemicals, identified as butyl acrylates, are used for polymer manufacturing and in industrial production.