More than two dozen activists have been arrested following a protest against plans to build a facility in Maryland to liquefy and export natural gas. 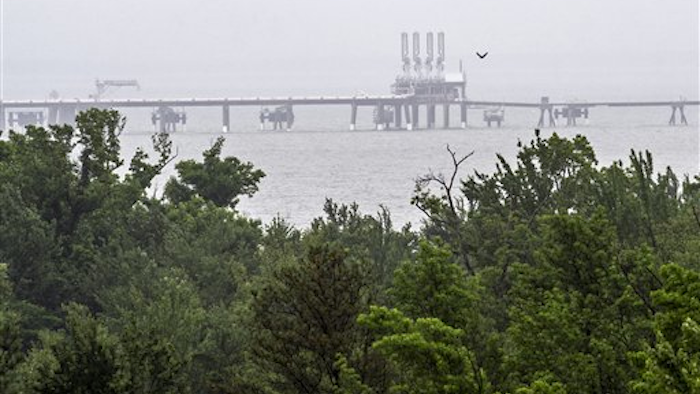 WASHINGTON (AP) — More than two dozen activists have been arrested following a protest against plans to build a facility in Maryland to liquefy and export natural gas.

The protesters oppose the plans by Richmond, Virginia-based Dominion Resources to build the plant in Lusby, Maryland. They fear the plant will prove a boon to drillers who are using relatively new technology, commonly called fracking, to extract vast quantities of previously inaccessible fuel.

Mike Tidwell, director of Chesapeake Climate Action Network, said 25 protesters were arrested Monday morning for blocking the entrance to the Federal Energy Regulatory Commission, which must approve Dominion's plans. The protesters were released with a citation and $50 fine.

Dominion says the $3.8 billion plan to repurpose its existing facility in Calvert County will create thousands of jobs.