China on Wednesday moved an oil rig out of waters claimed by Hanoi after two months of drilling that triggered a near-breakdown in ties between the neighbors and led to deadly protests in Vietnam. 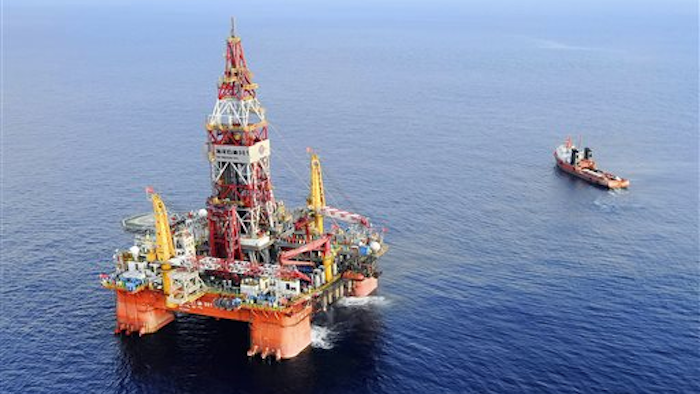 HANOI, Vietnam (AP) — China on Wednesday moved an oil rig out of waters claimed by Hanoi after two months of drilling that triggered a near-breakdown in ties between the neighbors and led to deadly protests in Vietnam.

Withdrawing the rig from near the Paracel Islands in the South China Sea reduces the immediate risk of a naval standoff but will do little to mend relations between the two countries. Beijing made it clear it was shifting the billion-dollar rig because it had completed its work, not because of the criticism of its actions.

Vietnam demanded that China never deploy a rig again in waters it claims in the region.

"Vietnam is determined to defend its sovereignty and sovereign rights in accordance with international law," the foreign ministry said in a statement.

China deployed the rig in early May, then Hanoi demanded Beijing withdraw it and sent patrol ships to try and disrupt the operations. China insisted it had done nothing wrong and accused Vietnam of illegally disrupting its activities.

The deployment of the rig was widely seen as part of a strategy by China of gradually staking out its claims in the South China Sea, all or part of which are also claimed Vietnam, the Philippines, Taiwan, Malaysia and Brunei.

China's Foreign Ministry said the rig was withdrawn because the typhoon season was beginning and the work had been completed.

It said it discovered oil and gas in its explorations but was assessing the data before deciding its next move. Whether Beijing deployed the rig for genuine exploration reasons or geopolitical ones was never clear. When it announced the deployment, Beijing said it would withdraw the rig on Aug. 15, also citing the typhoon season.

Le said 30 vessels from Vietnam's coast guard and fisheries patrol forces that were sent to try to force the Chinese oil rig away will return to port to avoid Typhoon Rammasun, which is on a path into the South China Sea.

China's unwillingness to move the rig exposed Vietnam's lack of options when dealing with its giant neighbor. The workings of the government here are shrouded in secrecy, but it has long been assumed that the Communist Party is split between a faction that favors a tough line against Beijing — and consequentially stronger ties with the United States and U.S. allies — and other members who believe a quiet compromise can be reached with their ideological allies in China.

As a result of the rig placement, Prime Minister Nguyen Tan Dung has said the country was preparing to file a legal challenge to China's claims in an international tribunal, which could anger China. It remains to be seen whether Vietnam will go ahead with that now the rig has been withdrawn.

Former Vietnamese ambassador to Beijing Nguyen Trong Vinh said China's removal of the rig didn't signal a change of attitude on behalf of the country.

"The removal of the oil rig from our continental shelf and exclusive economic zone is only temporary. Maybe they pulled out the oil rig ahead of the typhoon season. It does not mean that they have abandoned their resolve to take control of most of the East Sea," he said, using the Vietnamese term for the South China Sea.