Chemicals used in certain pesticides and as insulating material banned in the 1970s may still be haunting us. 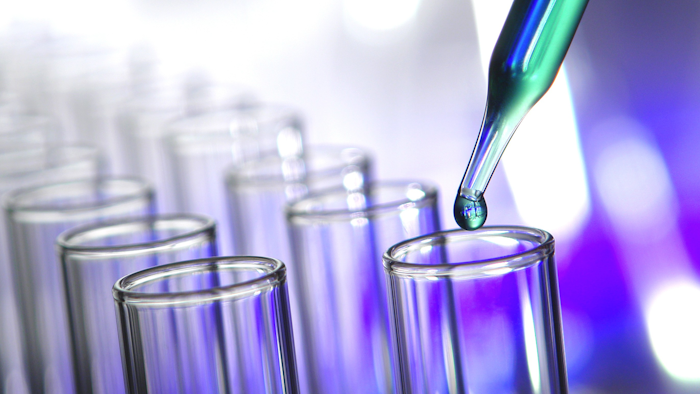 Chemicals used in certain pesticides and as insulating material banned in the 1970s may still be haunting us, according to new research that suggests links between higher levels of exposure during pregnancy and significantly increased odds of autism spectrum disorder in children.

According to the research, children born after being exposed to the highest levels of certain compounds of the chemicals, called organochlorine chemicals, during their mother's pregnancy were roughly 80 percent more likely to be diagnosed with autism when compared to individuals with the very lowest levels of these chemicals. That also includes those who were completely unexposed.

Although production of organochlorine chemicals was banned in the United States in 1977, these compounds can remain in the environment and become absorbed in the fat of animals that humans eat, leading to exposure.

With that in mind, Kristen Lyall, ScD, assistant professor in Drexel University's A.J. Drexel Autism Institute, and her collaborators, decided to look at organochlorine chemicals during pregnancy since they can cross through the placenta and affect the fetus' neurodevelopment.

"There's a fair amount of research examining exposure to these chemicals during pregnancy in association with other outcomes, like birth weight -- but little research on autism, specifically," Lyall said. "To examine the role of environmental exposures in risk of autism, it is important that samples are collected during time frames with evidence for susceptibility for autism -- termed 'critical windows' in neurodevelopment. Fetal development is one of those critical windows."

Their paper describing this study was titled, "Prenatal Organochlorine Chemicals and Autism," and published in Environmental Health Perspectives. Now a researcher in the A.J. Drexel Autism Institute's Modifiable Risk Factors Program, Lyall was with the California Department of Public Health when she began the work. She teamed with researchers from the department, including Gayle Windham, PhD, and Martin Kharrazi, PhD, members of the Kaiser Permanente Division of Research (which includes the study's principal investigator, Lisa Croen, PhD), as well as an expert on measuring organochlorine chemicals, Andreas Sjodin, PhD, of the Division of Laboratory Sciences of the National Center for Environmental Health.

The team looked at a population sample of 1,144 children born in Southern California between 2000 and 2003. Data was accrued from mothers who had enrolled in California's Expanded Alphafetoprotein Prenatal Screening Program, which is dedicated to detecting birth defects during pregnancy.

Participants' children were separated into three groups: 545 who were diagnosed with autism spectrum disorder, 181 with intellectual disabilities but no autism diagnosis, and 418 with a diagnosis of neither.

Blood tests taken from the second trimester of the children's mothers were used to determine the level of exposure to two different classes of organochlorine chemicals: Polychlorinated biphenyls (PCBs, which were used as lubricants, coolants and insulators in consumer and electrical products) and organochlorine pesticides (OCPs, which include chemicals like DDT).

"Exposure to PCBs and OCPs is ubiquitous," Lyall said. "Work from the National Health and Nutrition Examination Survey, which includes pregnant women, shows that people in the U.S. generally still have measurable levels of these chemicals in their bodies."

However, Lyall emphasized that exposure levels were key in determining risk.

"Adverse effects are related to levels of exposure, not just presence or absence of detectable levels," she said. "In our Southern California study population, we found evidence for modestly increased risk for individuals in the highest 25th percentile of exposure to some of these chemicals."

It was determined that two compounds in particular -- PCB 138/158 and PCB 153 -- stood out as being significantly linked with autism risk. Children with the highest in utero levels (exposure during their mother's pregnancy) of these two forms of PCBs were between 79 and 82 percent more likely to have an autism diagnosis than those found to be exposed to the lowest levels. High levels of two other compounds, PCB 170 and PCB 180, were also associated with children being approximately 50 percent more likely to be diagnosed -- again, this is relative to children with the lowest prenatal exposure to these PCBs.

None of the OCPs appeared to show an association with higher autism diagnosis risk.

"The results suggest that prenatal exposure to these chemicals above a certain level may influence neurodevelopment in adverse ways," Lyall said.

These results are a first step to suggest these compounds may increase risk of development of autism, and Lyall and her colleagues are eyeing up more work in the field.

"We are definitely doing more research to build on this -- including work examining genetics, as well as mixtures of chemicals," Lyall said. "This investigation draws from a rich dataset and we need more studies like this in autism research."