Based on their findings, the scientists replicated the architecture in a nanofiber membrane that could be developed into an ice-proof material. 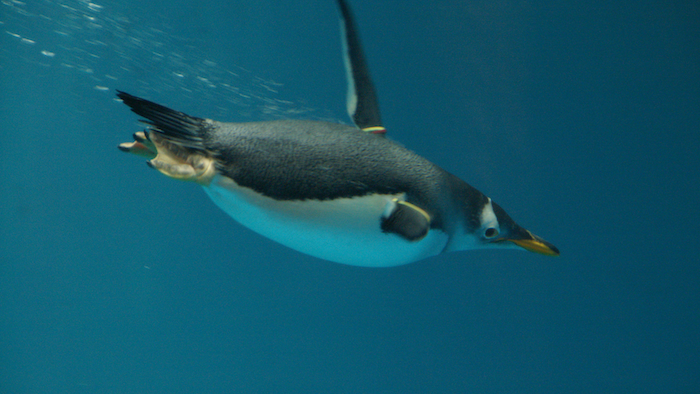 Humboldt penguins live in places that dip below freezing in the winter, and despite getting wet, their feathers stay sleek and free of ice. Scientists have now figured out what could make that possible. They report in ACS' Journal of Physical Chemistry C that the key is in the microstructure of penguins' feathers. Based on their findings, the scientists replicated the architecture in a nanofiber membrane that could be developed into an ice-proof material.

The range of Humboldt penguins extends from coastal Peru to the tip of southern Chile. Some of these areas can get frigid, and the water the birds swim in is part of a cold ocean current that sweeps up the coast from the Antarctic. Their feathers keep them both warm and ice-free. Scientists had suspected that penguin feathers' ability to easily repel water explained why ice doesn't accumulate on them: Water would slide off before freezing. But research has found that under high humidity or ultra-low temperatures, ice can stick to even superhydrophobic surfaces. So Jingming Wang and colleagues sought another explanation.

The researchers closely examined Humboldt penguin feathers using a scanning electron microscope. They found that the feathers were comprised of a network of barbs, wrinkled barbules and tiny interlocking hooks. In addition to being hydrophobic, this hierarchical architecture with grooved structures is anti-adhesive. Testing showed ice wouldn't stick to it. Mimicking the feathers' microstructure, the researchers developed an icephobic polyimide fiber membrane. They say it could potentially be used in applications such as electrical insulation.