Regardless of your political leanings, it's hard to put a positive spin on the news that the government has failed to follow through with terror prevention inspections at high-risk chemical facilities. This revelation combined with recent EPA over-reaching calls into question what our government is really doing to protect American industry. 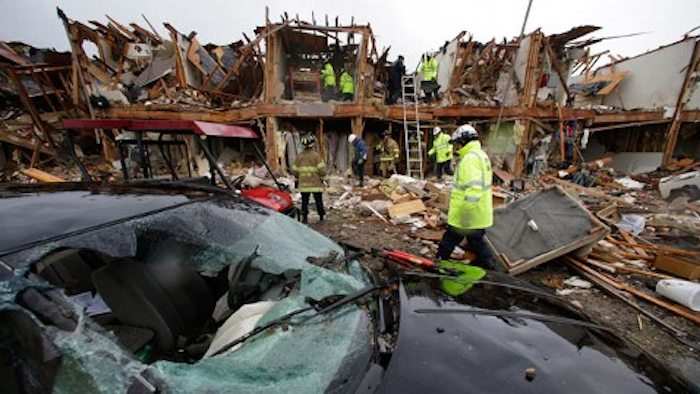 Regardless of your political leanings, it's hard to put a positive spin on the news that the government has failed to follow through with terror prevention inspections at high-risk chemical facilities. The investigation by the Senate Homeland Security Committee revealed a rather alarming picture of inspection delays, erroneous risk assessment and loopholes in their hefty $595 million program. In terms of terrorist threats, almost all chemical facilities have gone essentially unregulated since the creation of The Chemical Facility Anti-Terrorism Standards program in 2006, and probably long before that.

At first glance it's a little too easy to shrug this off as yet another example of the goverment wasting our time and money, spending millions in tax dollars on plans that Congress just argues about and never really follows through on. And, fortunately, it does not appear that our nation's chemical facilities rank highly as targets for illicit terrorist activity, or at least they haven't yet. However, you don't have to look far to find a horrifying example of what could happen if they did. The explosion in West, Texas is simply one example of what can happen when things go terribly awry - and not just for the plant itself. That accident, along with many other plant and rail accidents since then, brought into sharp focus how unprepared most communities are for a chemical incident on that scale. The average town or city hosting a chemical facility is not ready to spring to action if the worst should happen - and an intentional terrorist attack would likely be far worse than any accident.

On the other hand, the government, specifically through the arm of the EPA, is more than willing to insert itself into the industry in other ways. And while regulation is undeniably necessary, it is hard to ignore the double standard that appears. The most obvious recent EPA action has been the introduction of the Clean Power Plan, with a goal to cut carbon dioxide emissions dramatically from coal plants. Although its proponents have argued that the plan will force the U.S. to embrace alternative, cleaner energy, it's difficult to argue that the action will not also close down plants, effectively killing jobs and making electricity prices rise - at least until things settle down. And then there's the realization that the energy vacuum created when these plants die will very likely be filled by fracking, which, while cleaner in many ways, is definitely not an environmentally friendly alternative...but that's fodder for another time.

How is the chemical industry expected to react to the realization that the government is more than happy to breath down the necks of their cousin Energy (related by their unfairly "evil" label, bestowed on both industries by environmentalists and the like) but has neglected, for eight years, to uphold a promise to ensure not just the safety of the chemical industry's reputation but the safety of companies and individuals in and outside of those facilities. During a time that, whether official or not, still feels like a recession, how can we expect these companies to feel supported and remain American-based? Because as "ugly" as people may think that they are, we need these companies to stay if we have any hope of rebuilding our economy. They are the building blocks, and Washington needs to support them as such. That means protecting our facilities and the people inside them both economically and physically.