Statoil Comes Up Dry In The Arctic

Norway's Statoil ASA has found no commercial quantities of oil and gas at the northernmost wells it has ever drilled in the Arctic, the government-controlled company said Thursday. 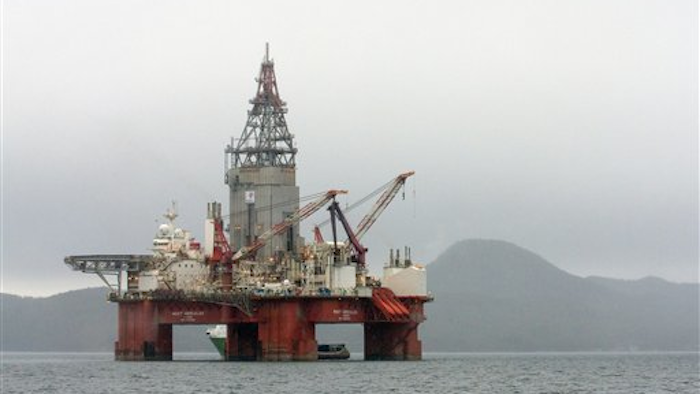 STOCKHOLM (AP) — Norway's Statoil ASA has found no commercial quantities of oil and gas at the northernmost wells it has ever drilled in the Arctic, the government-controlled company said Thursday.

Statoil drilled three exploration wells this summer in the Hoop area of the Barents Sea.

Two of them were the northernmost wells ever drilled on the Norwegian continental shelf, more than 300 kilometers (185 miles) north of the mainland.

Statoil said in a statement this year's exploration campaign ended without any commercial discoveries. It didn't say whether drilling would resume next year, only that "exploring for hydrocarbons in the Barents Sea takes time and stamina."

Statoil is pushing into Arctic waters amid declining offshore production in the North Sea, prompting protests from environmentalists who fear an oil spill in the remote region could have disastrous consequences for sensitive ecosystems.

Greenpeace activists tried to stop Statoil's exploration campaign in May when they boarded one of the drilling rigs but were removed by police.

At the time, Statoil said it had robust safety measures in place in the "very unlikely" event of an oil spill.

Both Greenpeace and Norwegian environmentalist group Bellona said they were pleased that Statoil didn't make any commercial discovery in the Hoop area.

"This is not an area where we should drill for oil, both from an environmental and economic cost perspective," Bellona co-founder Frederic Hauge said. "This is really wasted money from Statoil."

Statoil isn't the only company drilling in the Arctic region. Russian energy company Gazprom already is producing oil at the Prirazlomnoye field in the Barents Sea. Exxon Mobil and Rosneft, another Russian company, have teamed up for exploratory drilling in the Kara Sea.

Earlier this year, Royal Dutch Shell announced it was suspending operations in the Alaska Arctic for 2014, at least.