VW Hires Anti-Corruption Exec As It Deals With Scandal

Volkswagen is hiring a top anti-corruption manager from competitor Daimler as it struggles to clean up a scandal over cheating on U.S. diesel emissions tests. 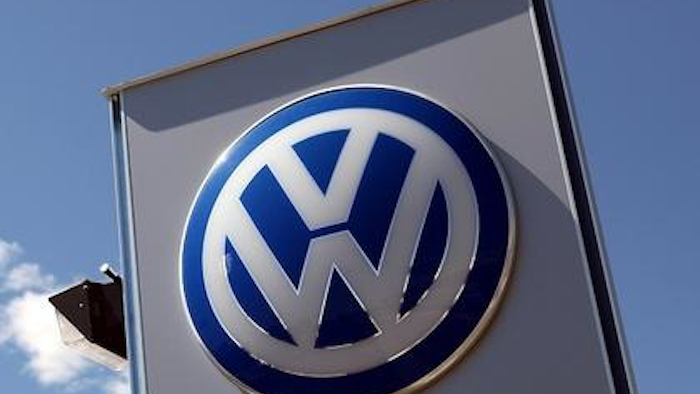 FRANKFURT, Germany (AP) — Volkswagen is hiring a top anti-corruption manager from competitor Daimler as it struggles to clean up a scandal over cheating on U.S. diesel emissions tests.

The company said Friday it would hire lawyer Christine Hohmann-Dennhardt as an executive on its top management body tasked with integrity and legal affairs. She begins Jan. 1.

Before working for Daimler, Hohmann-Dennhardt, 65, served as a judge on Germany's Federal Constitutional Court and as justice minister in the state of Hesse in southwestern Germany.

Daimler said it was agreeing to release her from her contract as compliance executive in the interests of good corporate governance.

Naming a compliance executive was a step taken by Daimler AG and German industrial equipment maker Siemens after bribery scandals at those companies. The idea is to put someone responsible for clean business practices at the very top level of management. German corporations are run by a management board comprised of the top executives, such as the CEO and the chief financial officer.

U.S. officials say Volkswagen AG programmed diesel engines on 482,000 cars to disable emission controls when the vehicles were not being tested. The company is recalling 2.4 million 2009-2015 model year cars with the deceptive software in Germany and 8.5 million of them in total across Europe.

The appointment comes as the company reported that worldwide sales for all of Volkswagen's brands — which also include Audi, SEAT and Skoda — fell 1.5 percent in September to 885,300. The Volkswagen brand itself fell 4 percent, to 513,500.

The scandal could only have hurt sales for part of the month because it did not become public until Sept. 18.

German prosecutors investigating Volkswagen's use of the software said Friday they're putting together a special team of detectives to evaluate the massive amount of data seized from the car manufacturer.

Braunschweig prosecutors' spokesman Klaus Ziehe said state police are assembling about 20 investigators to work with his office. Ziehe's office last week searched VW headquarters in Wolfsburg as part of its probe to determine who was responsible for the suspected fraud.

"We're talking terabytes, not gigabytes, and certainly many cartons of paper," said Ziehe. A terabyte, a unit of digital information, is about 1,000 gigabytes.

Ziehe confirmed that the number of suspects is "more than two but at the moment a lot fewer than 10."

"Where they're from, what areas they worked in and at what level, we're not saying, but that's the number of accused we have. That can change," he said.