Navy and Marine Corps bases in the state will get 450 of the zero-pollution vehicles. 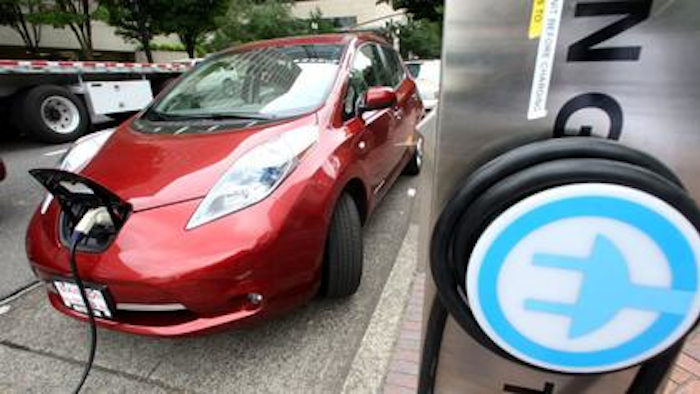 Corporate and government leaders gathered Thursday in Los Angeles to announce that hundreds more electric vehicles will be coming to California roads — and they'll have hundreds more places to charge up.

Navy and Marine Corps bases in the state will get 450 of the zero-pollution vehicles, while several major utilities will add hundreds more vehicles or charging stations. Large businesses including Coca-Cola also announced similar commitments.

Californians have been early adopters of electric vehicles, and their elected leaders have set policies to get 1 million zero- or low-emission vehicles on the road.

Mary Nichols, the chairwoman of the California Air Resources Board, hailed the promise to increase charging stations, saying that the concern an electric vehicle will run out of juice is a major barrier to widespread adoption of the vehicles.