Here's What Volkswagen Owners Can Expect From The Diesel Settlement

The German automaker will spend up to $10 billion to either buy the cars back or fix them and compensate owners. 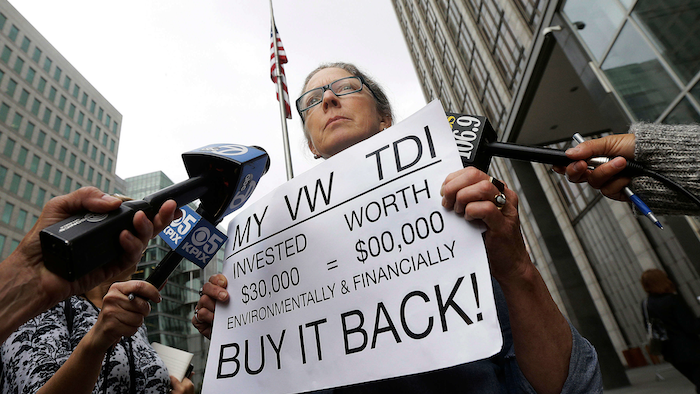 A federal judge on Tuesday approved a settlement between Volkswagen AG and about 475,000 owners of diesel cars that don't meet U.S. emissions standards.

Volkswagen admitted last year that the cars were programmed to cheat on emissions tests. The German automaker will spend up to $10 billion to either buy the cars back or fix them and compensate owners.

Here are answers to questions about the deal, which is the largest class-action settlement in the history of the American auto industry:

Q: WHO IS ELIGIBLE?

Most owners are expected to take the settlement. As of Sept. 16, which was the deadline opt out of the settlement, 3,298 owners said they wouldn't participate. Those who don't accept the settlement could sue VW, but it's not guaranteed they would get better terms.

Another 90,000 cars with 3-liter diesel engines also have cheating software, but they aren't part of this settlement.

Q: WHAT IS VW OFFERING?

A: Owners have a choice. VW will buy back your car — regardless of its condition — at the National Automobile Dealers Association clean trade-in price before the cheating was made public on Sept. 18, 2015. Or the company will fix your car. The fix has not been determined and still must be approved by the Environmental Protection Agency and the California Air Resources Board.

In either case, VW will pay you $5,100 to $10,000 for your trouble, depending on the age of the car and whether you owned it on or before Sept. 18, 2015. VW also will buy out your lease if your vehicle was leased through Volkswagen Credit.

VW says it will start making buyback offers in mid-November. Owners have until Sept. 1, 2018, to make a decision.

Q: WHEN WILL THE FIXES BE APPROVED?

A: Volkswagen has submitted a proposed software fix for 2015-model year 2-liter diesels, or around 15 percent of the 2-liters on U.S. roads. The Environmental Protection Agency and the California Air Resources Board are reviewing that fix now. A proposed fix for most of the other 2-liter diesels is due Nov. 11; a fix for the 2012-2014 Passats is due Dec. 16. The fixes for the 2009-2014 models will likely involve changes in the cars' hardware. 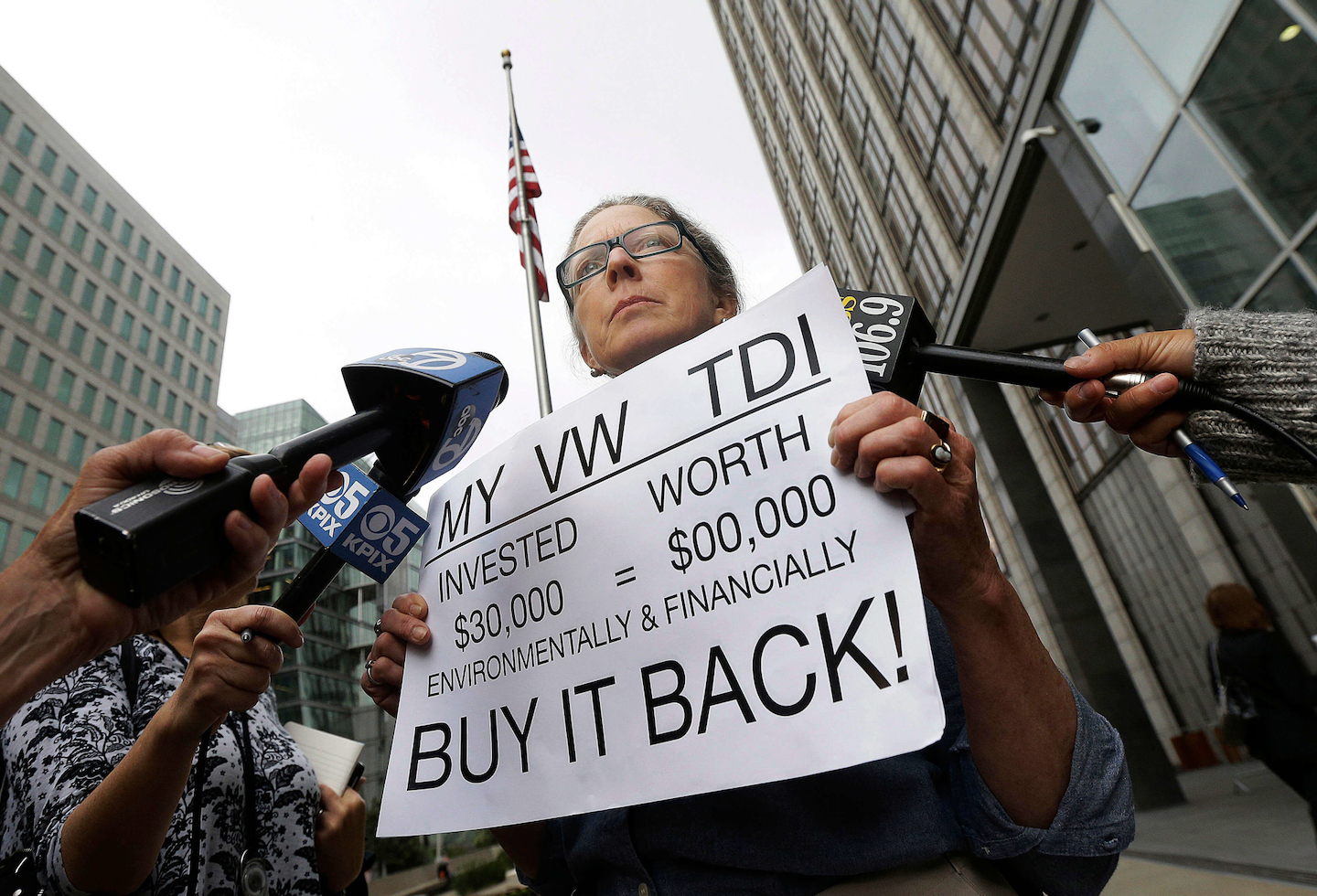 Q: HOW MUCH ARE THESE CARS WORTH?

Q: IF I BUY AN AFFECTED VW DIESEL TODAY, WILL I BE ELIGIBLE FOR COMPENSATION?

A: Yes. The eligibility for the compensation transfers to the new owner. Former owners who sold their VW diesels between Sept. 15, 2015, and June 28, 2016 — the date the Volkswagen and plaintiffs announced the proposed settlement — are also eligible for some compensation.

Q: SHOULD I TAKE THE BUYBACK OR THE FIX?

A: From a financial standpoint, it's better to wait. You have until Sept. 1, 2018, to seek a buyback, so you can drive the car for almost two years with no financial penalty unless you drive more than 12,500 miles per year. Also, the fixes are not ready, so it's unclear how much they will change the cars' mileage and performance. But if you keep driving, you'll continue to pollute the air.

Q: CAN I JUST KEEP MY CAR WITHOUT GETTING IT FIXED?

A: You could, but eventually you would violate the Clean Air Act by spewing too much nitrogen oxide. And if you live in a state that has a pollution test, you run the risk of being caught.

Q: I'LL TAKE THE MONEY AND BUY A NEW CAR. ARE THERE OTHER CARS THAT PERFORM LIKE A VW DIESEL?

A: Your choices are limited because VW had a lock on lower-cost diesels in the U.S. A diesel version of the Chevrolet Cruze sedan will go on sale early next year; a diesel Cruze hatchback will follow in 2018. Pricing hasn't been announced, but the gas version of the Cruze starts at $16,975. A pricier diesel option is the BMW 328d, which starts at $40,250.

Mileage of gasoline-powered cars has improved in the past few years, and it's comparable to what diesels used to get. Tom Backer, general manager of a VW dealer in White Plains, New York, says he'll try to sell returning owners on a turbocharged, gas-powered VW Jetta that gets 38 to 40 miles per gallon on the highway.

Q: CAN I BUY A NEW VOLKSWAGEN DIESEL?

A: Volkswagen can't sell its 2016 diesels because there isn't an approved repair ready yet. They could go back on the market when fixed, but you run the risk of reduced performance depending on the repairs.

A: VW plans to offer specials for returning owners after the buybacks begin. Dealers could kick in even more. Backer plans to offer $1,000 on top of any offers from Volkswagen.

Q: WHERE CAN I LEARN MORE?

A: The official settlement web site is https://www.vwcourtsettlement.com .