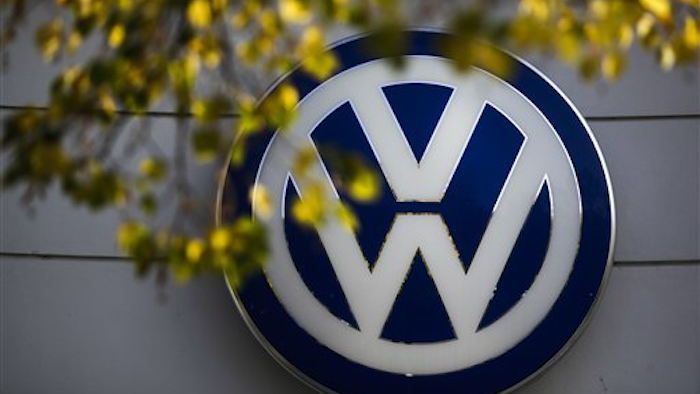 Volkswagen says 8 million cars in the European Union are affected by an investigation into whether the automaker manipulated emissions tests, according to a letter received Monday by German lawmakers.

Volkswagen has previously said that 11 million diesel vehicles worldwide had engines fitted with software that can help them cheat U.S. emissions tests.

"Rest assured that at the moment we are working hard and coordinating closely with the authorities and the (German) federal government on a technical solution for the vehicles concerned," Volkswagen told lawmakers in the letter, which was obtained by The Associated Press.

"In the European Union eight million type EA 189 EU5 diesel engines with a 1.2 liter, 1.6 liter and 2.0 liter engine capacity are affected," said the letter, which was signed by VW lobbyists Thomas Steg and Michael Jansen.

"We know that the wrongdoing of a few people has caused great harm to our entire company," the letter dated Oct. 2 added.

As the U.S. Congress prepares to question Volkswagen officials in Washington over its manipulation of emissions tests, German media reported over the weekend that the company itself is focusing on three development managers who have been suspended.

Bild newspaper reported Sunday that Heinz-Jakob Neusser, head of development at VW, and engineers Ulrich Hackenberg and Wolfgang Hatz had been put on forced vacation in the wake of the scandal. Other newspapers had similar reports.

Hatz declined comment through a spokesman and neither of the other two responded to emails seeking comment. VW spokesman Eric Felber on Monday refused to comment on "various public speculation."

From 2002 to January 2007, Hackenberg was in charge of concept development, superstructure development and electronics at VW subsidiary Audi. In 2007 he was appointed a member of the VW brand's board for development, and has been a member of Audi's management board since July 2013. He had responsibility for technical development of all of the VW group's brands.

VW and Porsche merged in 2012 after years of wrangling.

VW's top manager in the US, Michael Horn, is to testify before Congress on Thursday.