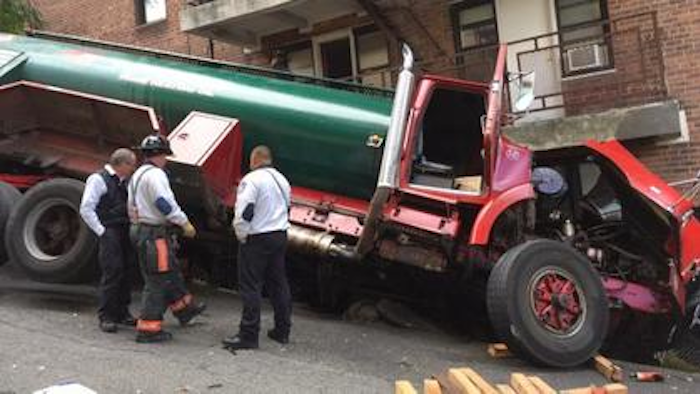 YONKERS, N.Y. (AP) — A fire official says a runaway oil tanker truck has crashed into the side of an apartment building, tipped on its side and spilled 100 gallons of oil in suburban New York.

Ford says a hazmat team has stopped the leak. He says the tanker company is sending workers to right thetanker and tow it away.

How a runaway oil tanker truck ended up like this on a New York street: http://t.co/55N2Uem9CD pic.twitter.com/NZePI8if85