Workers at VW's German factories face a possible reduction in their profit-sharing checks. 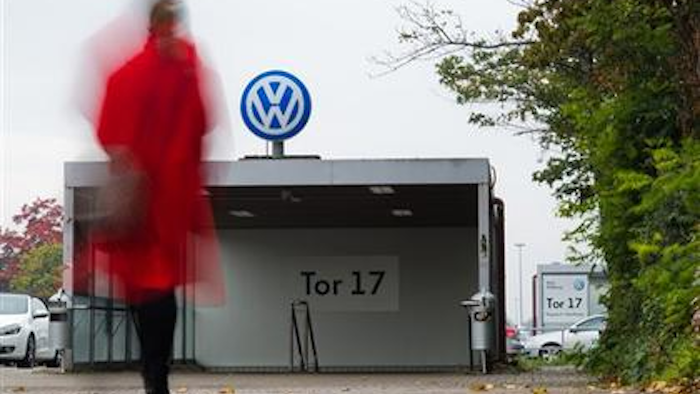 Volkswagen's new CEO has told more than 20,000 gathered workers that the company will have to review planned investments and that overcoming its emissions-rigging scandal "would not happen without pain."

He told the meeting at the company's sprawling home plant in Wolfsburg, Germany, that the company would have to put its future investments in plants, technology and vehicles "under scrutiny" to spend only what was needed to maintain a leading edge.

He told concerned workers that "we will do everything to ensure that Volkswagen will stand for good and secure jobs in the future as well."

Workers at Volkswagen's German factories at the very least face a possible reduction in their profit-sharing checks. They received 5,900 euro bonuses for 2014, when the company made net profit of 10.8 billion euros. Analysts have been slashing profit forecasts for this year and next.

Volkswagen AG faces fines and lost sales after U.S. environmental regulators found it had installed software that disabled pollution controls when the vehicle was not on the testing stand. The company has set aside 6.5 billion euros ($7.3 billion) to cover costs but analysts say that likely is not enough.

Mueller said some of the affected cars - more than 11 million diesel engine vehicles worldwide - could be fixed by adjusting the software, while others would need mechanical fixes. He didn't elaborate.

Volkswagen has until Wednesday to give German regulators a binding timetable that sets out when it will have a fix for the cars in the country and by when it can be implemented.