The features hold tremendous potential to reduce deaths and injuries by eliminating collisions or mitigating their severity, safety advocates say. But there's one problem: Education on how to use them doesn't come standard. 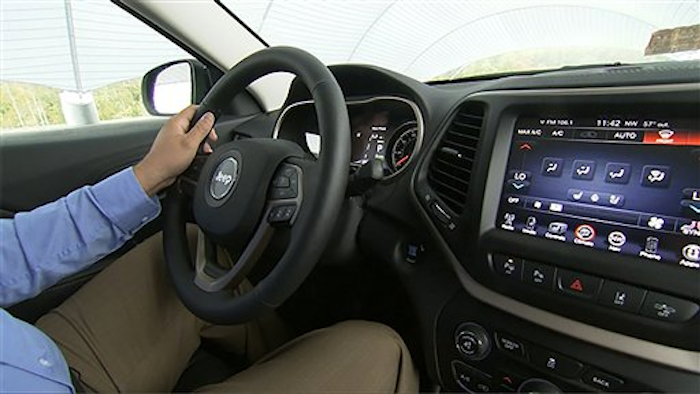 WASHINGTON (AP) — Many Americans buying new cars these days are baffled by a torrent of new safety technology.

Some features will automatically turn a car back into its lane if it begins to drift, or hit the brakes if sensors detect that it's about to rear-end someone else. There are lane-change and blind-spot monitors, drowsiness alerts and cars that can park themselves. Technologies once limited to high-end models like adaptive cruise control, tire-pressure indicators and rear-view cameras have become more common.

The features hold tremendous potential to reduce deaths and injuries by eliminating collisions or mitigating their severity, safety advocates say.

But there's one problem: Education on how to use them doesn't come standard. Bewildered drivers sometimes just turn them off, defeating the safety potential.

"If people don't understand how that works or what the car is doing, it may startle them or make them uncomfortable," said Deborah Hersman, president of the National Safety Council. "We want to make sure we're explaining things to people so that the technology that can make them safer is actually taken advantage of."

The council and the University of Iowa, along with the Department of Transportation, are kicking off an education campaign Wednesday to inform drivers on how the safety features work. The effort includes a website, MyCarDoesWhat.org, with video demonstrations.

In a survey by the university, a majority of drivers expressed uncertainty about the way many of the safety technologies work. About 40 percent reported that their vehicles had behaved in unexpected ways. The least understood technology was adaptive cruise control, which can slow or speed up a vehicle in order to maintain a constant following distance. That technology has been available in some models for at least a decade.

The features vary from manufacturer to manufacturer, from model to model, and from one options package to another.

Joe Kraemer, 70, a retired accountant from Arlington, Virginia, said the first time he drove his wife's 2015 E-Series Mercedes he nearly jumped out of his seat. He was beginning to change lanes when suddenly there was a piercing "beep beep beep beep. ..."

Now when that happens, his wife tells him: "Relax. It's just that you have somebody in your blind spot and you're about to kill us."

Kraemer's wife, who has been driving for 50 years, has been back to the dealer twice for hour-long lessons on how to use the car's features.

But as the technologies become more available in lower-priced models, dealers may not be willing to spend as much time with drivers as Mercedes has with Kraemer's wife.

"From perhaps a 50-page understandable document 20 years ago, they have gone to a 500-page opus that is intimidating to all but the most studious car buyer," he said.

Some manufacturers offer CDs or DVDs on how to use safety systems, but "most of the time drivers don't actually take the time to review them," said Peter Kissinger, president of the AAA Foundation for Traffic Safety.

A study by the foundation of early safety technology adopters found that some drivers believed collision warning systems would brake to stop their vehicles for them, when actually the systems only alert drivers to an impending collision. It's still up to the driver to hit the brakes.

Some collision mitigation systems, increasing in availability, do more than warn, actually applying the brake if the driver doesn't act quickly enough.

Ray Harbin, 67, AARP's state volunteer coordinator for driver safety courses in Montana, said the frustration seniors experience learning new-car technology is similar to what they feel when they are forced to adapt to software changes in computers like a new version of the operating system.

Tom Pecoraro, a retired police officer who owns "I Drive Smart" schools in California, Maryland and Virginia, said the state-required curriculums taught in driving schools are typically about 15 years behind the latest technology. Classes introduce students to anti-lock brakes and airbags but are unlikely to mention adaptive cruise control and automatic braking.

"Most people don't even know how to get to their spare tire, let alone understand the technology," he said. "People want to get in their cars and drive. They want to turn the key and have it all work."