General Motors has put two engineers on paid leave as an outside attorney investigates why the company took more than a decade to recall millions of small cars for an ignition switch problem. 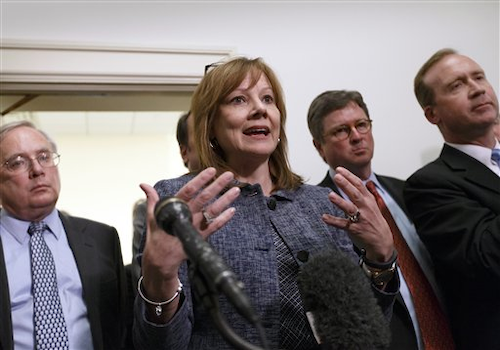 DETROIT (AP) -- General Motors has put two engineers on paid leave as an outside attorney investigates why the company took more than a decade to recall millions of small cars for an ignition switch problem.

The company says in a statement Thursday that the action was taken after a briefing from former U.S. Attorney Anton Valukas. He's been hired to figure out why GM was so slow to recall the cars.

The engineers were not identified in the statement. CEO Mary Barra says the move is an interim step as GM tries to find out what happened.

GM says at least 13 people have been killed in crashes linked to the ignition switch problem. The company is recalling 2.6 million cars to replace the switches.