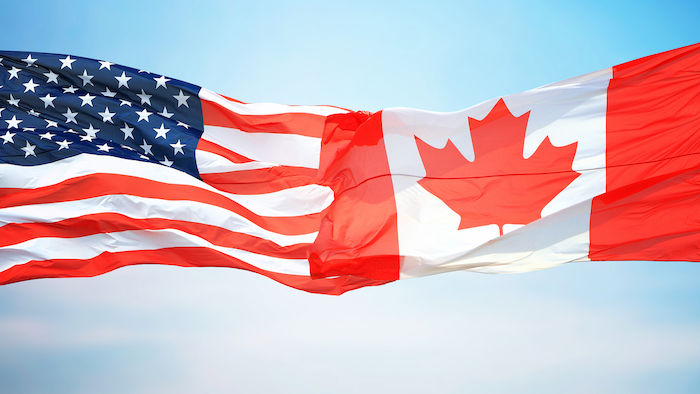 TORONTO (AP) — Canada’s deputy prime minister said Friday that the country plans to impose $3.6 billion Canadian (US$2.69 billion) tariffs on US imports in response to President Donald Trump saying the US is reinstating a 10 percent import tax on Canadian aluminum.

Deputy Prime Minister Chrystia Freeland said the tariffs will match the US ones dollar-for-dollar. Canada is considering imposing a tariff on dozens of products, including golf clubs, bicycles, refrigerators, washing machines, tripods, sports equipment like bats and hockey sticks and embossed aluminum cans for beverages.

Trump originally imposed the tariffs on aluminum imports in 2018. He then lifted them last year on Canadian and Mexican metals to smooth the way for the US-Mexico-Canada Agreement, which replaced the North American Free Trade Agreement. The new pact took effect July 1 and was expected to bring stability to North American trade

The new tariff spat comes after the US in 2018 imposed a 25 percent duty on steel and a 10 percent duty on aluminum. Canada responded with tariffs on hundreds of US products such as ketchup, coffee, strawberry jam and whisky before the two countries dropped their efforts and agreed to the new North American free trade deal.

Trump said Thursday that he was re-implementing tariffs because there was a surge in aluminum exports from Canada to the US in recent months, but industry organizations dispute that claim. Aluminum imports from Canada rose sharply from February to March but have since leveled off and dropped 2.6 percent from May to June, according to the Aluminum Association trade group.

Two surveys show manufacturing is still expanding but at a slower pace.
Apr 30th, 2021
Follow Us
Most Recent