Manufacturing activity in New York state rebounded in January, with factory owners saying they were more optimistic about future demand and hiring. 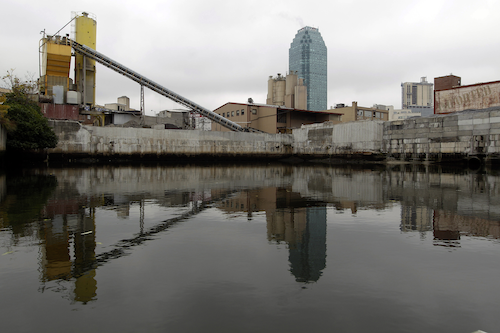 The Federal Reserve Bank of New York said Thursday that its Empire State Manufacturing index rose to 10 this month after having fallen to minus 1.23 in December. Any reading above zero indicates expansion. The December reading had been the first negative figure in nearly two years.

New orders and shipments both rose, as did a measure of current hiring. A gauge of future hiring plans jumped to its highest level in nearly three years.

The improvement in the Empire State index indicates that the region's manufacturers are growing and remain optimistic despite faltering economies overseas.

Europe is barely expanding, Japan is in recession and China's rapid growth is stumbling. Those trends have weighed on U.S. exports.

An index that measures the prices regional factories paid for raw materials rose slightly, a sign that tumbling oil prices have yet to cause widespread declines in costs. Though falling prices may sound beneficial, widespread drops can cause deflation, which eventually pulls down wages as well and further slows economic growth.

The New York Fed's report is reassuring because it comes after other surveys last month suggested that U.S. factories were slowing a bit.

Manufacturing nationwide expanded last month but at the slowest pace in six months, according to the Institute for Supply Management. Orders and production grew but much more slowly.