A bitter fight over Georgia's famed sweet onions is winding its way through the legal system. The state agriculture commissioner established a rule setting a packing date meant to keep immature Vidalia onions off store shelves to protect what is a $150 million brand. 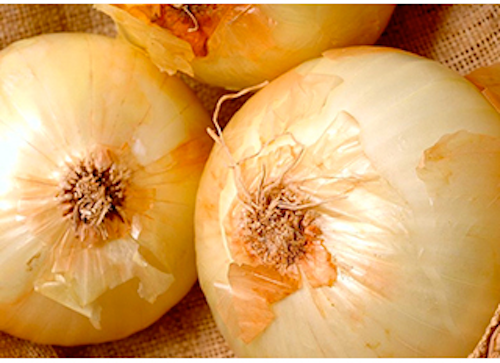 ATLANTA (AP) — A bitter fight over Georgia's famed sweet onions is winding its way through the state's legal system.

The state agriculture commissioner established a rule setting a packing date meant to keep immature Vidalia onions off store shelves to protect what is a $150 million brand.

However, a major grower says he should be able to pack onions whenever he thinks they're ready.

A judge in March struck down the rule, and the state is appealing the decision. That appeal was at the heart of a hearing Wednesday.

Many farmers supported the rule. But not Delbert Bland, a major grower of Vidalia onions with roughly 3,000 acres in southeast Georgia devoted to the crop.

State law already allows the commissioner to set a shipping date for the onions, based on advice from the Vidalia Onion Advisory Panel. That law also allows for earlier shipments, provided the onions get a U.S. No. 1 grade certificate.

Georgia's official state vegetable, the Vidalia onion is advertised as a sweet variety — it's often said you can eat it like an apple — and tightly regulated. Only 20 counties in Georgia can grow and sell onions under the Vidalia name. The roughly 200 million pounds of Vidalia onions shipped each year are valued at $150 million.

Britt Grant, an attorney for the state, said the law allowing the agriculture commissioner to set a shipping date isn't enough. She said the packing date rule came about after the commissioner received complaints from growers, customers and sellers that immature onions were making it to market, sullying the state-owned trademark.

"If they see these onions that don't have the qualities they expect, why would they pay the price premium that goes along with the Vidalia onion trademark?" Grant said.

Furthermore, the No. 1 grade certification deals mainly with whether something is fit for human consumption, not whether it's worthy of the Vidalia title, Grant said.

Bland defied the commissioner in April when he began shipping his crop early in violation of the regulation. Even though Fulton County Superior Court Judge Cynthia Wright had already struck it down, Agriculture Commissioner Gary Black had said the rule remained in effect while he appealed. Bland has not faced any sanctions.

Mike Bowers, a former state attorney general and Bland's lawyer, said the dispute is a classic case of a government official overstepping his authority

"This is really real simple," Bowers told the appeals court judges. "The commissioner acted beyond his authority. Judge Wright struck him down. You all ought to affirm."