Chipotle: Pork Pulled From A Third Of Restaurants

Chipotle says it stopped serving pork at hundreds of its restaurants after suspending a supplier that violated its standards. Chris Arnold, a spokesman for the Mexican food chain, told The Associated Press it's the first time the company stopped serving a topping for its burritos... 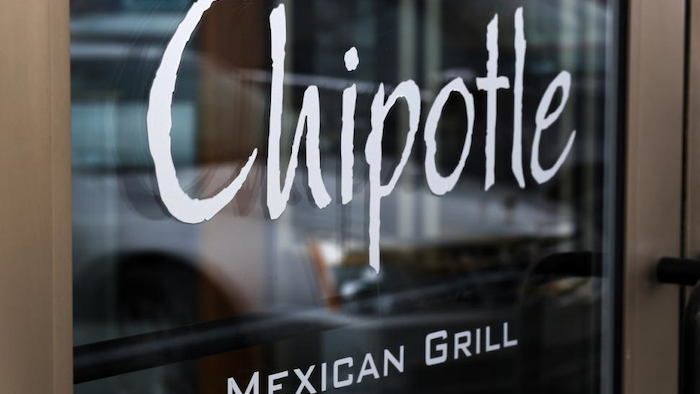 Chipotle says it stopped serving pork at hundreds of its restaurants after suspending a supplier that violated its standards.

Chris Arnold, a spokesman for the Mexican food chain, told The Associated Press it's the first time the company stopped serving a topping for its burritos and bowls. He said Chipotle learned of the violation by the supplier on Friday through a routine audit, and did not have a timeline for when carnitas would return to affected stores, about a third of its total base.

"It's hard to say how long it will last," he said.

In New York City on Tuesday, a sign on the door of a Chipotle location stated, "SORRY, NO CARNITAS."

Arnold said most of the issues related to the violations concerned the housing for the pigs. Chipotle demands that its suppliers raise pigs in humane conditions with access to the outdoors, rather than in cramped pens.

On other occasions, Chipotle customers may have noticed signs saying a restaurant is serving meat that doesn't meet the company's "responsibly raised" standards. That's typically because Chipotle has trouble securing supplies of beef raised without antibiotics or hormones, Arnold said. The company then serves beef that was "conventionally raised."

That is not happening with the carnitas, however.

"In this case, we won't make that kind of substitution," Arnold said in an email.

Chipotle Mexican Grill Inc. had 1,724 restaurants as of Sept. 30. The Denver-based chain has enjoyed strong sales growth, in part by positioning its food as a higher quality alternative to traditional fast-food restaurants. In the latest quarter, sales surged 19.8 percent at established locations.

Paul Shapiro, vice president of farm animal protection for The Humane Society of the United States, said that most breeding pigs in the country are kept in gestation crates with concrete floors. Pigs that are raised with access to the outdoors or bedding represent a "very small portion of the pork industry," he said.

Even among farms where pigs have better conditions, Shapiro said access to the outdoors can vary.

"It doesn't mean these animals are living in ideal conditions on Old MacDonald's farm," he said.

As for Chipotle, Arnold said the company is looking at a variety of ways to remedy its carnitas shortage, including the use of different cuts of pork or increasing orders from other suppliers. He said he hopes the supplier in question will fix its issues and eventually come "back on board."

Arnold said the carnitas topping typically accounts for about 6 to 7 percent of entree orders; chicken is the most popular topping.