LG Display said Monday two people were killed and four others sickened by a nitrogen leak at its factory north of Seoul. 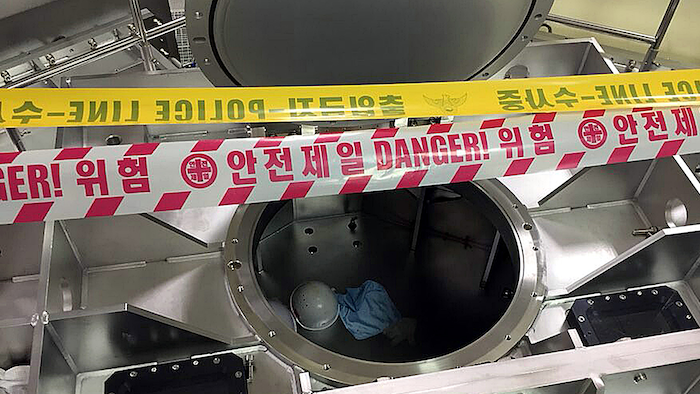 SEOUL, South Korea (AP) — LG Display said Monday two people were killed and four others sickened by a nitrogen leak at its factory north of Seoul.

LG Display Co. said in a statement that the victims, employed by a LG contractor, were carrying out a regular repair and maintenance work when the nitrogen leak occurred not long after midday at the factory in Paju city.

It said one of the four people sickened was seriously ill but not in a life-threatening condition.

The factory where the accident occurred, known as P8, manufactures LCD screens for large-size televisions.

The company expressed regret over the deaths.

It said it will cooperate with authorities to find out the cause of the leak.