Despite some glimmers of recovery, the personal computer industry is still struggling with declining sales, according to two market reports issued Monday that show global PC shipments fell in 2014 for the third year in a row. 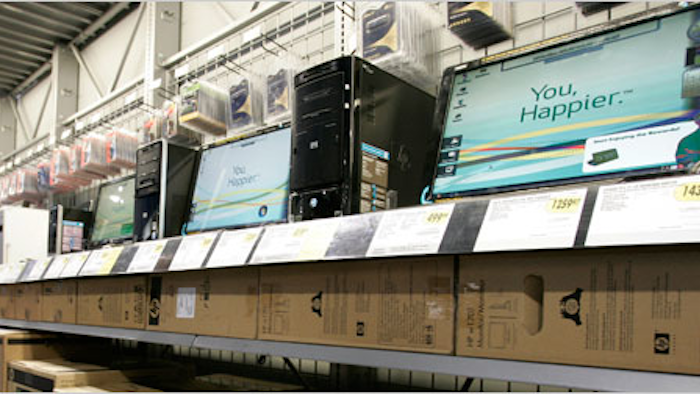 SAN FRANCISCO (AP) — Despite some glimmers of recovery, the personal computer industry is still struggling with declining sales, according to two market reports issued Monday that show global PC shipments fell in 2014 for the third year in a row.

"There is improvement in demand," said Jay Chou, a senior researcher at IDC, although he added that 2014 was "still another difficult year" for the PC industry.

Sales actually improved for several of the world's biggest computer-makers, including Lenovo, Hewlett-Packard and Dell, which gained market share from smaller manufacturers in the last quarter. Lenovo remains the world's leading PC seller, but HP showed sizable gains — especially in the United States. Apple also increased its overall sales, although it's not a leading seller outside the United States and Western markets.

Consumers have been buying fewer PCs in recent years because they're increasingly interested in alternatives such as smartphones and tablets. But the steep decline in PC sales over recent years may be leveling off, as computer-makers introduce new models that are both lightweight and low-cost, while still capable of performing more functions than tablets. Tablet sales are also slumping, analysts say, as the market has become saturated and some consumers find them less useful than PCs.

IDC estimates that computer-makers shipped more than 308.6 million PCs last year, or about 2.1 percent less than the previous year. That's a smaller decline than the 9.8 percent drop that IDC measured in 2013, according to IDC, which says shipments peaked at 363.8 million in 2011.

Those estimates track roughly in parallel with estimates by Gartner, which said PC-makers shipped 315.9 million units in 2014 or just 0.2 percent less than the previous year. Gartner said shipments also fell in the previous two years.

While IDC is projecting another sales decline in 2015, Gartner is forecasting a return to growth — although only by about 1 percent. Even as the industry recovers, "it's not going to be the double-digit growth that we've seen in the past," said Gartner's Mikako Kitagawa.

IDC said sales in 2014 were helped by the introduction of new computer models and some aggressive promotional campaigns. But Chou also said there are signs that some distributors ordered extra inventory in recent months because they're expecting prices to go up. That could mean shipments will slow in coming months.

While the reports indicate how the PC industry is doing, more details may emerge in coming weeks when HP, Intel and other leading industry players issue financial reports for the last quarter.

Some computer-makers are expecting to get a boost later this year when Microsoft introduces a new version of its Windows operating software, which it promises will be easier to use than the last version. But Chou said software upgrades no longer seem to influence sales as much as they used to.