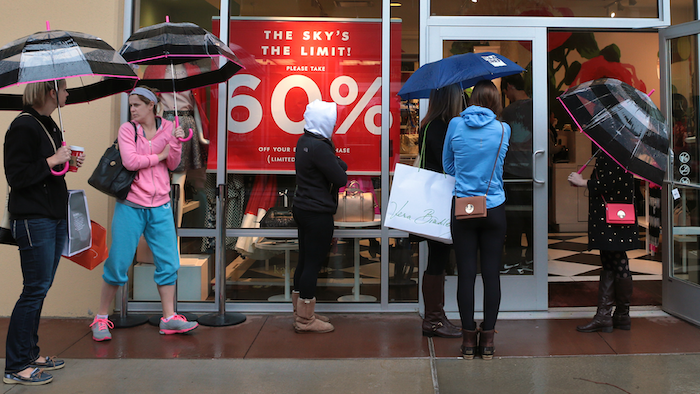 The Labor Department said Friday that its consumer price index dropped 0.4 percent last month, the biggest one-month drop since December 2008. It was also the second straight monthly decline in prices with both months reflecting big decreases in gas prices, which have been tumbling in recent months because of the global plunge in oil prices.

Core inflation, which excludes volatile food and energy, showed no increase in December, only the second time since 2010 that core prices have not risen.

For all of 2014, overall inflation was up just 0.8 percent, the smallest annual increase since 2008.

Core inflation rose 1.6 percent for the 12 months ending in December.

Much of the slowdown in inflation this year compared to last year reflected the huge declines in energy prices this fall.

In addition to plunging global oil prices, the value of the U.S. dollar has been rising against other major currencies. That makes foreign-produced goods cheaper for U.S. consumers.

Oil, which had been trading for more than $100 per barrel last summer is now going for less than half that. The big plunge has lowered prices at the pump to a nationwide average of $2.09, according to AAA, down from $2.55 a gallon just one month ago and $3.31 a year ago.

Even before the big plunge in oil prices, inflation has been running levels well below the 2 percent that the Federal Reserve sees as an optimal annual increase for prices. That has given the Fed leeway to keep a key interest rate at a record low to boost economic growth.

The Fed in December said that it intended to be "patient" about raising interest rates, supporting the view among many economists that the first rate increase will not occur until June at the earliest.

That view is not unanimous however. Other analysts point to strong job gains that pushed unemployment down to 5.6 percent in December, close to the Fed's 5.2 percent to 5.5 percent target.