General Motors is selling its unprofitable European car business to the French maker of Peugeot, marking the American company's retreat from a major market and raising concerns of job cuts in the region. 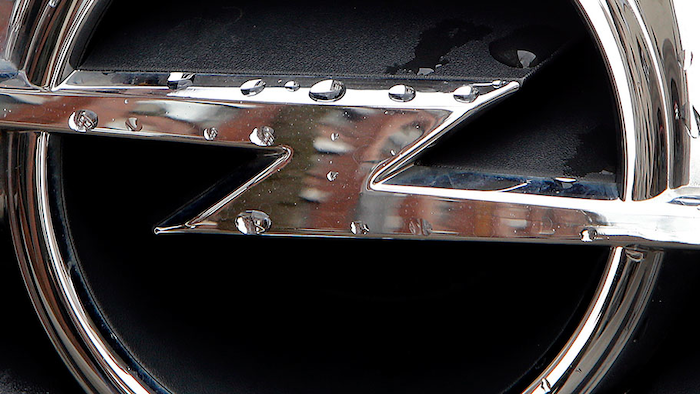 PARIS (AP) — General Motors is selling its unprofitable European car business to the French maker of Peugeot, marking the American company's retreat from a major market and raising concerns of job cuts in the region.

With the 2.2 billion euro ($2.33 billion) deal announced Monday, GM is giving up brands — Opel in Germany and Vauxhall in Britain — that have given it a foothold in the world's third-largest auto market since the 1920s. They have not, however, made a combined profit in the past 18 years despite multiple turnaround efforts.

For the once-struggling PSA Group, which makes Peugeot and Citroen cars and has just recently reshaped its own business, the acquisition will turn it into Europe's No. 2 automaker after Volkswagen.

Carlos Tavares, the CEO of the French company, said the deal was "a game-changer for PSA."

GM Chairman and CEO Mary Barra told reporters in Paris: "This was a difficult decision for General Motors but we are united in belief that it is the right one."

Britain's vote to leave the European Union, which caused a plunge in the pound, weighed on the decision. "Without Brexit, we would have reached the breakeven goal" at last in 2016 for the European business, Barra said.

PSA will join with French bank BNP Paribas in the purchase, which foresees taking over 12 manufacturing facilities that employ about 40,000 people, according to a joint statement by the companies.

Executives insisted that no job cuts are currently foreseen, but analysts say they're inevitable over the long term.

GM will keep its manufacturing center in Turin, Italy. GM and PSA will continue to collaborate on electric car technologies and maintain existing supply agreements on some Buick models.

Shares in General Motors Co. were down 1.9 percent in premarket trading at $37.49, while PSA's were up 3.4 percent at 19.46 euros, suggesting investors find the terms of the deal broadly advantageous for the French company.

The purchase marks a major turnaround for PSA, bailed out just three years ago by Chinese investors and the French state. CEO Tavares, recalling PSA's "near-death experience," said he hopes to parlay his success to similar savings at Opel, cutting costs through scale and better use of factory capacity.

For GM, the agreement indicates that Barra decided to focus on profits over market share.

Asked whether the arrival of the Trump administration played a role in GM's decision to sell, Barra said GM looked at "the changing landscape from a regulatory, a geopolitical and customer preference standpoint" before making a decision.

GM could redirect the money it has been spending in Europe toward new products and services, such as self-driving cars and ride-hailing services, as well as pension obligations and an ongoing share buyback program.

Western Europe is the No. 3 auto sales market, behind China and the U.S. Opel and Vauxhall last year sold just under 1.2 million vehicles, amounting to only 5.6 percent of the market, according to GM. GM has recently shown a willingness to pull out of unprofitable regions — it abandoned Russia in 2015 as that country's economy fell into recession.

"Opel/Vauxhall was a profit-losing puzzle no one at GM could solve for decades, and outside forces such as Brexit and an increasingly complex regulatory environment did not help," said Rebecca Lindland of Kelley Blue Book.

"Unloading Opel-Vauxhall and the European part of the financing greatly improves GM's balance sheet, allowing investments in growing markets such as China and India."

The deal, subject to regulatory approval, is expected to be completed at the end of this year. The companies expect annual savings of 1.7 billion euros by 2026.

Amid uncertainty over Brexit, Vauxhall — and its 4,500 jobs — appears most vulnerable.

The leader of the Unite union in Britain said in a statement Monday it will focus on trying to persuade the new management that it makes sense to continue "building in Britain."

In a sign of the importance of the deal to Britain's government, the chief executives of both GM and PSA discussed it with British Prime Minister Theresa May. In talks Sunday with Barra, May insisted on the importance of keeping Vauxhall jobs.

Factory closures are a concern in Germany as well, especially in an election year.

German Economy Minister Brigitte Zypries and the governors of three German states said in a statement Monday that PSA made commitments regarding "locations, employment and investments."

However, Christian Stadler of Warwick Business School warned: "I would expect job cuts. PSA has done it before and there is no other way to realistically achieve the cost savings they have in mind."

"The U.K. is definitely in a bad position as Brexit makes it less competitive than Germany and the unions are stronger in Germany," he said.

The price for Opel is relatively small because of a big pension contribution for Opel's underfunded plan. GM, which may take a 4.5 billion euro writedown on the deal, will keep most pension plans.