How A GM Plant Turned Raindrops Into Dollars

Leaders at a General Motors plant near Detroit wondered if there might be a way to put excess water to good use. While researching the project, the team discovered that about 220 million gallons of rainwater fell on the site per year. Their idea ended up as a plan that saved them $770K per day in municipal water fees by using the rain water to their own benefit. 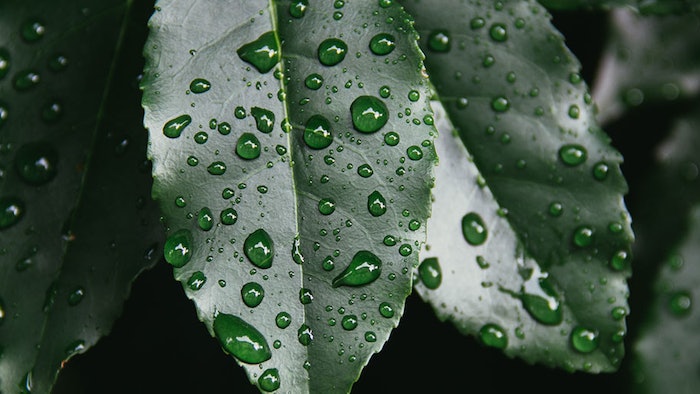 The greatest innovations can come from the most ordinary circumstances. Rain, for instance.

After an unusually rainy year in Michigan in 2015, leaders at a General Motors plant near Detroit wondered if there might be a way to put that excess water to good use. While researching the project, the team discovered that about 220 million gallons of rainwater fell on the site per year.

Their idea ended up as a plan that saved them $770K annually in municipal water fees by using the rain water to their own benefit. The system they engineered to harness the rain water was an original concept and design, which has proven effective as well as safe to use. Here is their story.

From Inspiration To Innovation

The solution that GM created to redistribute rainwater through the plant was an original design, inside and out. Three retention ponds on the site contain the excess rainfall, and it is from these ponds that water is pumped to the power house for treatment and filtration and then used on the site for various processes. They designed a pump system to get the water from point A to point B that is efficient, safe, and user-friendly.

Throughout the project, leaders prioritized safety. Early in design, the team vetted a series of alternatives. For example, a floating platform for the pump was considered, but, in demonstration, found to be a slip hazard on rainy or snowy days.

After studying multiple possibilities, the project team ultimately decided the safest route was to mount a pump on a skid that could be lowered down a gravel embankment into the pond during the summer, and, in the winter, safely removed and stored when the surface froze.

The wheeled cart and gravel ramp design solution was itself an innovation. The team created a skid and ramp that enabled the pump to be raised and lowered from the shore. Then, from the shore, the pump can be drawn up a specially designed gravel ramp into its winter storage location.

The special operation installing the floating pump assemblies in early spring and removing them in late fall requires a coordinated effort of several people to perform the tasks safely.

As the design evolved, safety assessments were created and amended to fit the operating procedures. This was a continual process throughout the entire life of the project, especially during the engineering of the pump and skid.

When the design was finalized, the team wrote Standard Operating Procedures to ensure correct use and compliance with safety regulations.

Because of the multiple locations of the overall system and the multiple water uses inside the manufacturing facility, the maintenance of the overall system was a constant consideration. For example, annunciation for system operation, pond levels, and process control alarms, as well as the lockout/tagout process all had to be carefully considered.

A day in the life of a raindrop

Rain that falls at the General Motors Assembly Plant has a full day ahead of it.

Once the rain hits the ground, the natural contours of the land drain it to one of three retention ponds. Each pond is linked together to act almost like settling tanks in water treatment facilities. Water is transported, via floating pumps, to where the first series of water monitoring and treatment starts. The pumped water routed through 3,300 feet of underground high-density polyethylene HDPE pipe to the Powerhouse is then forced through sand filters to remove any large contaminants not dissolved in the first chemical treatment in the pump house. The water splits between the cooling towers and outdoor storage tank. Water is then pumped from the storage tank through a carbon filter to the reverse osmosis system for additional purification. Some of the water is used in the plant for cooling towers, boilers, and paint finishing, while some is sent back to the city’s water department.

Space is always at a premium in an established plant

After finalizing the solution for the pump itself, the team integrated the new pump and its controls into the existing plant infrastructure.

This caused several interrelated challenges to arise. The first was finding a location on-site that had enough space available for the pump control building and was proximate to the pump and the plant, thus allowing the system components to work together – closely and safely.

Cabling and pumping choices presented some unique and unanticipated challenges

The pump was stabilized (secured) in the middle of the lake, not close to the shore where the muddy water or plants could be pumped within the water stream. Variable frequency drives were used on the pumps to control the fluctuating water supply and demand. At the end of the season, the outdoor piping system was emptied with compressed air.

Such a sizeable assembly required heavy-duty cabling for the electrically operated pulley used to raise and lower the skid.

The team calculated the resistance needed to pull the skid up the grade and determined that finding a cable that was strong enough would be a challenge. Finding one at an economical price proved yet more difficult .

The cable also needed UV reinforcement to withstand the deterioration from prolonged outdoor use.

Consequently, cable requirements became a surprisingly important factor in the design and function of the pump system.

Another challenge was integrating the pump system into the existing building infrastructure. This included not only space considerations to accommodate all of the components, but also what parts of the infrastructure would have to be relocated for the new piping and system components.

The integration was complex due to the array of existing piping types and different routing patterns throughout the plant.

To incorporate new infrastructure into the complexity of that which existed, the team created a color-coded 3D schematic to optimize new routing and assure proper accessibility.

Environmental concerns emerged with regard to the chemicals used to treat water; potential spillage and/or cross contamination.

In some places, the pipes were run underground, including under roads, where the potential for environmental hazards caused by pipe breakage required  diligent planning and execution.

The team selected a storage tote for the chemicals that could be controlled from the outside since drainage from these totes must be carefully monitored.

While environmental factors can be managed safely and effectively with planning, a failure can result in expensive and potentially dangerous situations.

Coming up with a new technology was only the start.  Making it functional within an existing system and doing all the research to make sure it was operating safely was a task all its own. The team was presented with some challenges that had potential consequences — some very serious — but they came up with good solutions to meet each of those challenges, as well as those resulting from the overall grade, proximity to major roads, and fuel fill systems. Road salts from road surfaces and drainage from adjacent properties can also impact the quality of the water and truck docks and fuel fill areas on a property represent risks of potential spillage that may impact the environment. All these things must be worked into the water treatment and reuse plan.

Once the system was in place and operational, the results were even better than anticipated: Cost savings exceeded expectations, which were not insignificant to start. The return on investment was faster than calculated. Utility costs continue to rise and show no signs of trending in the other direction. Now that the pump recovery system at the General Motors plant has been introduced as a successful precedent, many other sites are likely to follow suit, reaping their own rewards on both the environmental and financial fronts

Gary Winslow is with Ghafari Associates and can be reached at 313-441-3000 or gwinslow@ghafari.com.