Electric car maker Tesla Motors is working on multiple new vehicles, including heavy trucks and buses that could be unveiled as early as next year. 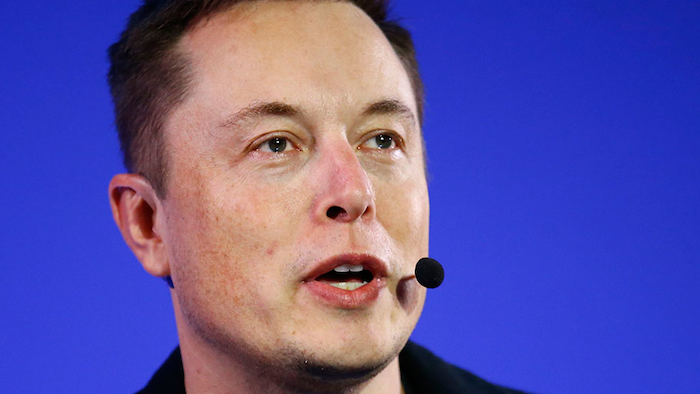 DETROIT (AP) — Electric car maker Tesla Motors is working on multiple new vehicles, including heavy trucks and buses that could be unveiled as early as next year.

Tesla CEO Elon Musk said the company also plans a compact SUV and "a new kind of pickup truck" to complement its existing fleet. Tesla currently makes a luxury sedan, the Model S, and a luxury crossover, the Model X. It plans to release a lower-priced car, the Model 3, next year.

Musk discussed the products in his much-anticipated "master plan" for the company, which was posted on Tesla's website Wednesday night. It was Musk's second such manifesto; he released the first in 2006, when Tesla was first starting out and hadn't yet sold its first car, the Tesla Roadster.

Musk used a portion of the plan to defend Tesla's semi-autonomous Autopilot system, which can maintain a set speed and keep the car within its lanes and lets drivers take their hands off the wheel for minutes at a time. The government is investigating the system after a Tesla driving in Autopilot mode crashed into a tractor-trailer in Florida in May. The Tesla driver died.

Musk says it's important to deploy partial autonomy now because, when used correctly, it "is already significantly safer than a person driving by themselves."

"It would therefore be morally reprehensible to delay release simply for fear of bad press or some mercantile calculation of legal liability," Musk wrote.

He said Autopilot is still in "beta" testing mode, a term the company uses to decrease complacency for drivers and imply that the system will continue to be refined. But he said Autopilot went through extensive internal testing before it was introduced with a software update last October.

Musk also predicted there will be a "significant time gap" before true self-driving cars are approved by regulators. But Tesla is clearly preparing for that day. Musk envisions small autonomous buses that can accommodate strollers and bikes and a shared fleet of Teslas that can eventually be summoned by a smartphone.

Musk also pushed for the combination of Tesla and solar energy company SolarCity. Tesla proposed buying SolarCity last month for up to $2.5 billion. Shareholders must still vote on the proposal.

Musk, who is the chairman of both companies, envisions becoming a seamless provider of solar panels and Tesla Powerwall backup systems to customers to power their homes and electric cars. "We can't do well if Tesla and SolarCity are different companies, which is why we need to combine," he said.

But some investors and analysts have made clear that they're concerned about the deal's conflicts of interest. SolarCity is run by Musk's cousin Lyndon Rive. SolarCity's shares have risen 27 percent since the all-stock bid was made, to $26.95. But Tesla's shares are up just 4 percent.

In his 2006 plan, Musk laid out Tesla's goal of using profits from its first car — the sporty Roadster, which went on sale in 2008 — to fund the development of a wider range of vehicles, including lower-priced family cars.

Musk didn't give a financial update in his plan. Palo Alto, California-based Tesla has never made a full-year profit in its 13-year history, and it lost $889 million last year. Musk has said he expects Tesla to make a profit in 2020, once the Model 3 is in full production.