The black box would record when the driver controlled the car, when the autonomous system was activated and when the system prompted the driver to take over. 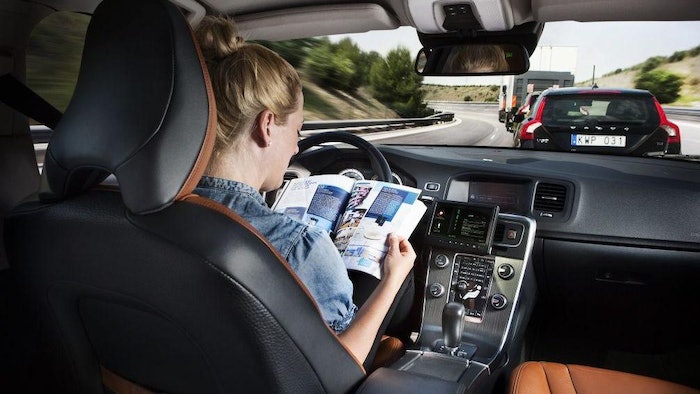 German lawmakers plan to require that autonomous cars have a person in the driver's seat and come equipped with a "black box" to allow for accident investigations.

Reuters, citing sources from the nation's transportation ministry, reported that the draft legislation would stipulate that drivers would need to be able to take the wheel in case of an emergency, but that they would not need to keep their attention on the road.

The black box — which is used to help determine the causes of aircraft crashes — would record when the driver controlled the car, when the autonomous system was activated and when the system prompted the driver to take over.

The draft legislation is expected be sent to other government ministries for approval this summer.

Regulators worldwide are struggling to keep up with rapid advances in autonomous technology, but Reuters noted that the German government wants its massive auto industry to become a leader in driverless systems.

Rules proposed by California authorities for autonomous cars late last year also required a person to sit in the driver's seat. That drew the ire of autonomous driving pioneer Google, which tested driverless vehicles without steering wheels or pedals.