The Supreme Court has agreed to referee a pricy patent dispute between Samsung and Apple. 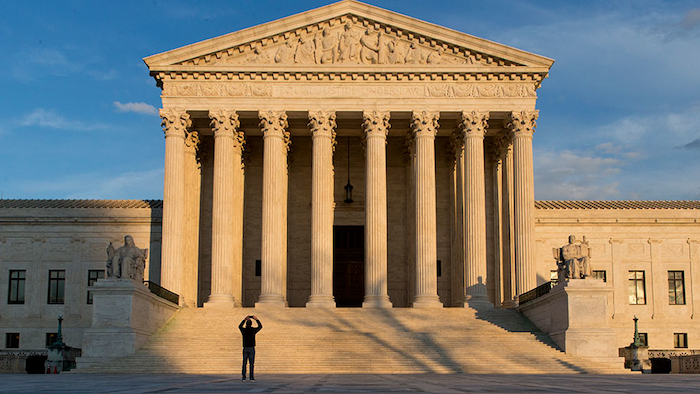 WASHINGTON (AP) — The Supreme Court has agreed to referee a pricy patent dispute between Samsung and Apple.

The justices said Monday they will review a $399 million judgment against South Korea-based Samsung for illegally copying patented aspects of the look of Apple's iPhone.

Apple, based in Cupertino, California, and Samsung are the top two manufacturers of increasingly ubiquitous smartphones.

The two companies have been embroiled in patent fights for years.

The justices will decide whether a court can order Samsung to pay Apple every penny it made from the phones at issue, even though the disputed features are a tiny part of the product.

The federal appeals court in Washington that hears patent cases ruled for Apple.

None of the earlier-generation Galaxy and other Samsung phones involved in the lawsuit remains on the market, Samsung said.

The case involved common smartphone features for which Apple holds patents: the flat screen, the rectangular shape with rounded corners, a rim and a screen of icons.

The case, Samsung v. Apple, 15-777, will be argued in the court's new term that begins in October.