Preventable deaths and workplace accidents continue to occur at the hands of saw blades and conveyor belts. 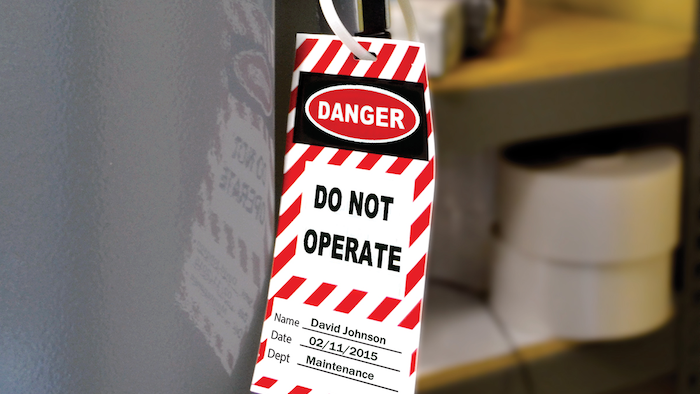 Preventable deaths and workplace accidents continue to occur at the hands of saw blades and conveyor belts. The data has been collected in the annual OSHA Top Ten Violation Report for 2015, which reveals that the total number of incidents were down 4.5 percent from 2014, and 11 percent from 2013. Graphic Products has analyzed the data and outlined preventative measures to ensure worksites not only meet OSHA compliance, but provide safety resources to equip workers.

“OSHA's Top 10 Violations are concerning as we see the same categories each year,” said Jeff Woods, Safety Compliance Analyst at Graphic Products. “It's tragic when many violations are preventable. Designating a person-in-charge (PIC) can greatly reduce the likelihood of these incidents.”

“No matter the size of the operation or the number of employees, the number of injuries and incidents decreases sharply when groups of five appoint a PIC.” Woods said. “If you haven't already, designate a PIC. Then use this guide to identify common safety violations, and learn how to avoid making the same costly mistakes in your facility.”

Graphic Products is a provider of solutions for safety and visual communication.