San Francisco officials are deciding whether to impose a warning on ads for a favorite drink of children and a bane of public health advocates: Sugary soda pop. 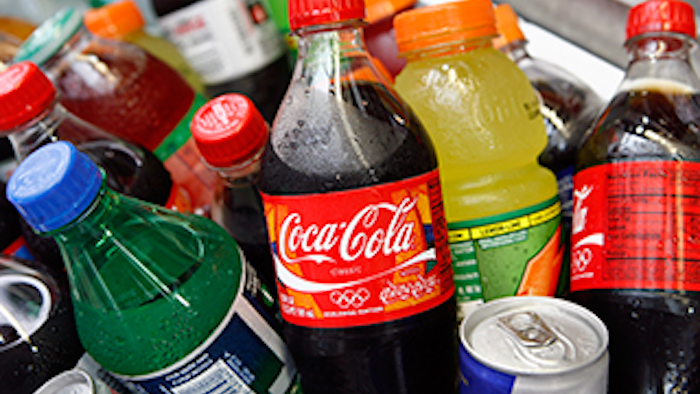 SAN FRANCISCO (AP) — San Francisco officials are deciding whether to impose a warning on ads for a favorite drink of children and a bane of public health advocates: Sugary soda pop.

The "Sugar-Sweetened Beverage Warning Ordinance" would require health warnings on advertising within city limits — on billboards, walls, the sides of cabs and buses. Supporters and opponents say San Francisco would be the first place in the country to require warnings on ads for soda, which is linked to rotting teeth and obesity.

The Board of Supervisors is expected to vote Tuesday on a trio of measures to curb soda consumption, just seven months after voters killed a proposed tax on sweetened beverages at the ballot.

Liquid sugar, after all, is the new tobacco as far as public health advocates are concerned. Berkeley approved a soda tax last year, the first in the country to do so, even as San Francisco rejected one. Davis, a college town near Sacramento, California, is requiring restaurants to serve milk and water as the default drink for children's meals.

"This is a very important step forward in terms of setting strong public policy around the need to reduce consumption of sugary drinks; they are making people sick, they're helping fuel the explosion of type two diabetes and other health problems in adults and in children," says Scott Wiener, one of three San Francisco supervisors pushing the legislation.

Roger Salazar, a spokesman for CalBev, the state's beverage association, said, "It's unfortunate the Board of Supervisors is choosing the politically expedient route of scapegoating instead of finding a genuine and comprehensive solution to the complex issues of obesity and diabetes."

One proposal before the supervisors would prohibit advertising for soda on city-owned property, much like San Francisco does with cigarettes, tobacco and alcohol. Another would prohibit city funds from being used to buy soda.

The label for billboards and other ads would read: "WARNING: Drinking beverages with added sugar(s) contributes to obesity, diabetes, and tooth decay. This is a message from the City and County of San Francisco."

Soda cans and bottles would not carry the warning.

Certain, limited vintage signs are exempt. Retailers must carry warnings on advertising within stores, although the goal there is to give them plenty of time to comply, Wiener says. The ordinance, if approved, would go into effect in a year.

Ryan Brooks, spokesman for Outfront Media, says it's not fair to single out billboards while exempting newspapers and magazines. The company has about 300 billboards and wall spaces that would be affected.

Mayor Ed Lee hasn't taken a position on the three proposals, but said through a spokeswoman that he is open to educating people through warning labels on advertisements.

About 32 percent of children and teens in San Francisco are overweight or obese, according to a 2012 study by the California Center for Public Health Advocacy and the UCLA Center for Health Policy Research. That figure is lower than Los Angeles, San Jose and Sacramento.