A decade ago, who would have thought that an application on your smart phone could be the trick to keep you healthy? Allowing your doctors access to your fitness trackers and health apps can provide them with the day-to-day information they need. 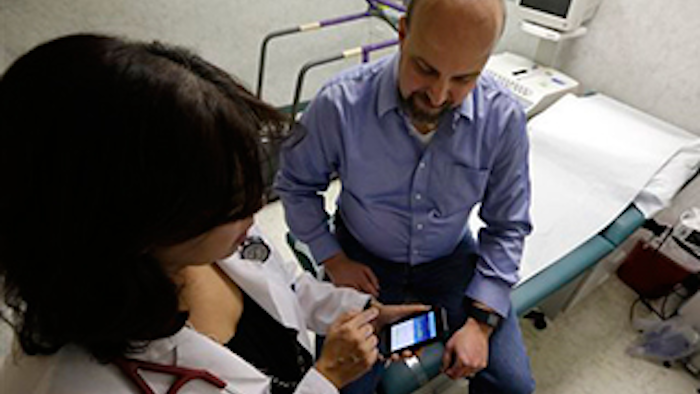 A decade ago, who would have thought that an application on your smart phone could be the trick to keep you healthy? If you were to ask anybody in the 80s, 90s or even parts of the 2000s, they would have told you that concept was way in the future.

Allowing your doctors access to your fitness trackers and health apps can provide them with the day-to-day information they need. Giving your health organization permission to incorporate data from these tools can help to spot signs of ailment sooner and even suggest behavioral changes or medication before you land in the emergency room.

In a recent Associated Press article, Dr. Lauren Koniaris, a specialist in pulmonary critical care at Hackensack University Medical Center in New Jersey, said utilizing data from the apps can help connect doctors and patients on a more personal level.

"Right now we only see our patients for about a 15-minute visit in the office, and it's a very constricted view," Koniaris said. "This really globalizes the view of their health status, so that we're really in contact with them on a much more daily if not hour-to-hour basis. It's almost like a virtual house call."

At Hackensack, a number of patients at risk for heart failure (including Gary Wilhelm, 51, in the photo above) were asked to use a fitness tracker to count steps walked. They were also asked to record what they eat, by photographing the product's bar code for example, on a phone app that has a database containing nutritional information on food items.

According to the Associated Press, Data from the health apps and trackers gets automatically transferred to the Epic MyChart app on the iPhone by using Apple's HealthKit technology. From there, the information goes in to the hospital's records system.

Many doctors and hospitals are seeing the potential of meal and exercise tracking. Apps and trackers could ultimately even reduce patient visits.

"If we're going to succeed in improving health, we have to get patients more engaged in their care," said Dr. Richard Milani, a cardiologist at Ochsner Health System in New Orleans.

What do you think? Would you be willing to use an app to record your daily meals and allow your doctors full access to it? Could this technology be a way to address health issues?