Concerns Over US Winter Wheat may Boost Low Crop Prices

Market concerns about the quantity and quality of the U.S. winter wheat crop being harvested and the dry conditions in other wheat-producing nations have sparked an unexpected run up in recent weeks to wheat prices. 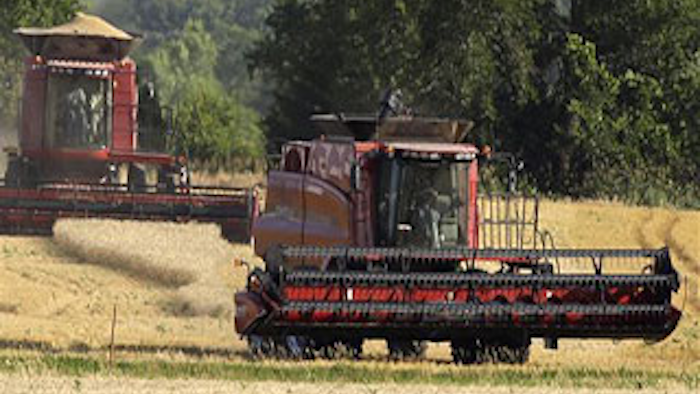 WICHITA, Kan. (AP) — Market concerns about the quantity and quality of the U.S. winter wheat crop being harvested and the dry conditions in other wheat-producing nations have sparked an unexpected run up in recent weeks to wheat prices.

Normally, the flood of new grain coming in at harvest time drives down crop prices, and with prices already low when the harvest began, farmers in Texas, Oklahoma and Kansas were worried.

That hasn't happened this year, though, and wheat prices have actually risen since mid-June, said Dan O'Brien, an extension specialist in grain markets at Kansas State University. This is welcome news for those farmers still bringing in their crops.

Wheat grower Vance Ehmke said cash prices at his local elevator in the western Kansas community of Dighton dipped as low as $4.50 a bushel last month but have risen to about $5.50 a bushel.

"And that, in my opinion, was a gift from God — it will certainly help a lot more people get into the break-even range," he said. "That will help a lot."

The reasons behind this year's low wheat prices and the more recent price bump, however, probably have less to do with divine intervention than with global grain markets.

A weak market for U.S. wheat exports has driven down prices this year. On July 1 of last year, central Kansas elevator terminals around Hutchinson were paying cash prices of between $6.80 and $7.04 a bushel for wheat, O'Brien said. As of Wednesday, they were paying $5.68 to $5.82 per bushel.

The recent price hike — generally 60 to 80 cents since mid-June — reflects market concerns about U.S. wheat production and dry conditions in other wheat-producing countries caused by an El Nino weather pattern, O'Brien said. Global wheat production is moderately lower than was expected two or three months ago, causing prices to rise.

What is far more difficult to predict is how all these forces will affect domestic wheat prices in the future. That is due in part because the outlook for U.S. wheat is intertwined with the strength of the U.S. dollar, O'Brien said. A high U.S. dollar in comparison to other currencies makes U.S. wheat more expensive for other countries to buy — which in turn drives down domestic wheat prices.

Given the global economic uncertainties caused by Greece's debt crisis, and its potential impact on the strength of the U.S. dollar, farmers have difficult decisions to make: Should they sell now while they can still make a modest profit, or hold on to their crop in anticipation prices will go up further?

O'Brien thinks farmers should sell some wheat now for cash flow at a price that covers their costs, while holding on to some in case prices rise sharply.

Or, as Ehmke put it: "When you come to a fork in the road, take it. Do some of this, some of that. And, whatever happens, you did something right."